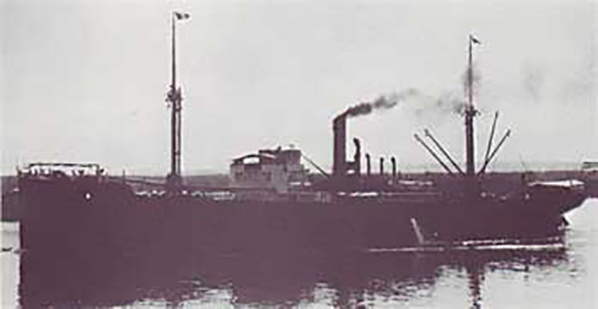 The Sinking of the Suloide:

When it was built in 1920 its original name was Maceio and then Amassia. It was under German control until 1937 when it was sold. As war broke out the ship was sold to Lloyd Brasileiro of Brazil and renamed Suloide. It would carry freight all along the East Coast of the United States.

On March 26, 1943, the freighter was on its way from Trinidad with its final destination being New York, NY. Onboard was a cargo of manganese ore. Now there are two different versions of what happened. Some sources state while it was traveling along the coastline when it collided with the submerged W.E. Hutton, which had been sunk by German U-boat U-124. Another site states that it hit the wreck of the Ario. Each state that the Suloide's collision caused a huge gash in its hull. The hold filled with water immediately and the ship began to sink. The Suloide drifted for nearly a mile before it finally sank.

Due to it being a navigational hazard and to assure that another collision didn't occur, the USCGC Vigilant (WPC-15) dropped over 20 tons of dynamite over the remains of the two ships. By May 24, 1944, the demolition and wire dragging was complete making the area safe to navigate.