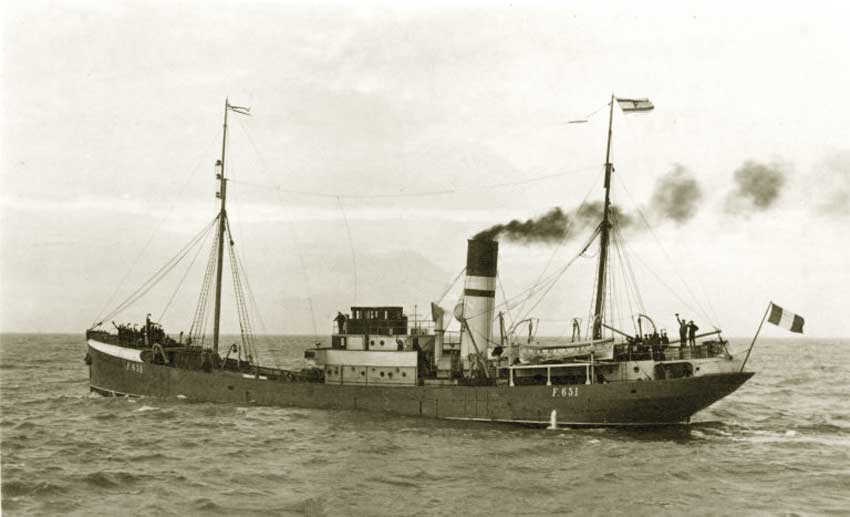 The Sinking of the Senateur Duhamel:

The Senateur Duhamel was originally built as a fishing trawler.  It was purchased by a French fishing company and operated as a commercial fishing vessel until it was seized by the British in December 1938 after the fall of France. It was then converted for anti-submarine patrol and was based in Belfast, Ireland. When it became evident that supplies destined for Britain and Allies in Europe coming from the United States were under constant attack by German U-boats something needed to be done. In February 1942 it was sent along with 23 other British converted trawlers to help patrol the East Coast. The U.S. Navy took control of the trawler at that time. The trawler was equipped with four-inch guns, 303-caliber machine guns, and carried dozen of depth charges on her stern.

Shifting from Belfast, Ireland to Morehead City, North Carolina as its home base it began its new life performing convoy escort duties. You can not talk about Senateur Duhamel without mentioning the USS Semmes (DD-189).  The Semmes served as an escort and patrol ship under the control of Commander Inshore Patrol out of Norfolk, Virginia. On May 1, 1942, it set off to escort a convoy of eight tankers heading southbound. The convoy anchored off the Lookout Blight that night, then continued its southerly voyage the next morning. The Semmes continued to escort the convoy until it reached the southern boundary for the ship. The convoy was then turned over to another escort ship that would continue as the convoy made its way further south. After transferring its duties to another ship, the Semmes headed to Morehead City to refuel and load additional depth charges. She sat there in port waiting for her next assignment.

On the morning of May 6, the Senateur Duhamel was patrolling near Beaufort Inlet, North Carolina. The crew spotted another ship, USS Semmes about a mile away. In the meantime, the Semmes had lost her radar in those early morning hours. At that time, there was a slight fog that left the ship partially blind. When the radar finally came back online, its signal bounced off a ship only two miles away. According to the report, "The gun crew was ordered to man the gun and stand by. The course was held in order to make a close-up investigation and preparation made to challenge upon visual contact...The object was first sighted about one point on the starboard bow at about one mile and appeared to be approaching, and, from the two radar bearings, drawing slowly to the right, but immediately, before the silhouette could be positively recognized the unknown ship began signaling with a very bright light, completely obscuring the vision of the O.O.D. and lookouts. The signal was "WHAT SHIP?"

Now the problem was, this was a tactic that had been used before by German U-boats in coastal waters to confuse ships at night. So now before the Semmes could return a reply or counter illumination, this mystery ship was seen very close on the starboard bow and appeared to be crossing. At that startling moment the Semmes's "rudder was put full left, crash back rung up, and general alarm sounded at 0343." A minute later the Semmes bow struck the other ship amidships. The mystery ship was the Senateur Duhamel. The Senateur Duhamel had ridden up the Semmes forecastle.  Prior to separating the two boats, the Semmes hailed the Senateur Duhamel as to its condition and whether any crew members needed to come aboard. When they received a negative reply, the Semmes backed clear, to prevent further damage especially considering the mild swells that were running.

The Semmes suffered severe damage. The weather deck and shell plating had been sheered off and was hanging over the port side. The shell plating was only held there by one section of plating, the degaussing cable, and the anchor chain. The port anchor was barely hanging on. Further, inspection revealed the chain locker was dished in, there was a hole in the weather deck over the CPO's quarters, and the splinter shield supports for the gun were caved in.  The good news was that the ship was still water-tight. The other good news was that no one injured or killed.

Meanwhile, after the Semmes had backed nearly a half-mile away. Because it was still dark that morning, the two ships lost sight of each other. The Senateur Duhamel used a signal light to flash the Semmes. The crew signaled the Semmes to stand by. The U.S. destroyer Roper (DD-147) was alerted to the Semmes situation and headed in its direction.  As they did a post-collision inspection and headcount of the crew, they discovered they had one extra man. J. Woods, a British tar assigned to the Senateur Duhamel had climbed aboard the Semmes while the two ships were attached.

Knowing that the Semmes was in no danger of sinking, a boat was sent out to search for the Senateur Duhamel.  An account from Seaman Woods stated, "At 0540 the executive Officer returned and reported that he had seen Duhamel settle slowly on even keel and sink, that her masts showed above the water and had picked up personnel from raft and put them aboard Roper." The entire crew of the Senateur Duhamel was safe and no injuries were reported.

However, this wasn't the end of the story for the Senateur Duhamel. It would wind up being involved in another collision! On June 8, 1943, the British freighter, Norman Star, became stranded on the wreckage of the trawler. The Norman Star had to be pulled free by the tug P.F. Martin. It then had to be towed by a salvage tug, Warbler to Norfolk, Virginia for repairs. The Senateur Duhamel finally came to her final resting grounds when it was demolished in 1944 when the salvage ship Vigilant (WPC-154) used two tons of dynamite to "remove high spots." 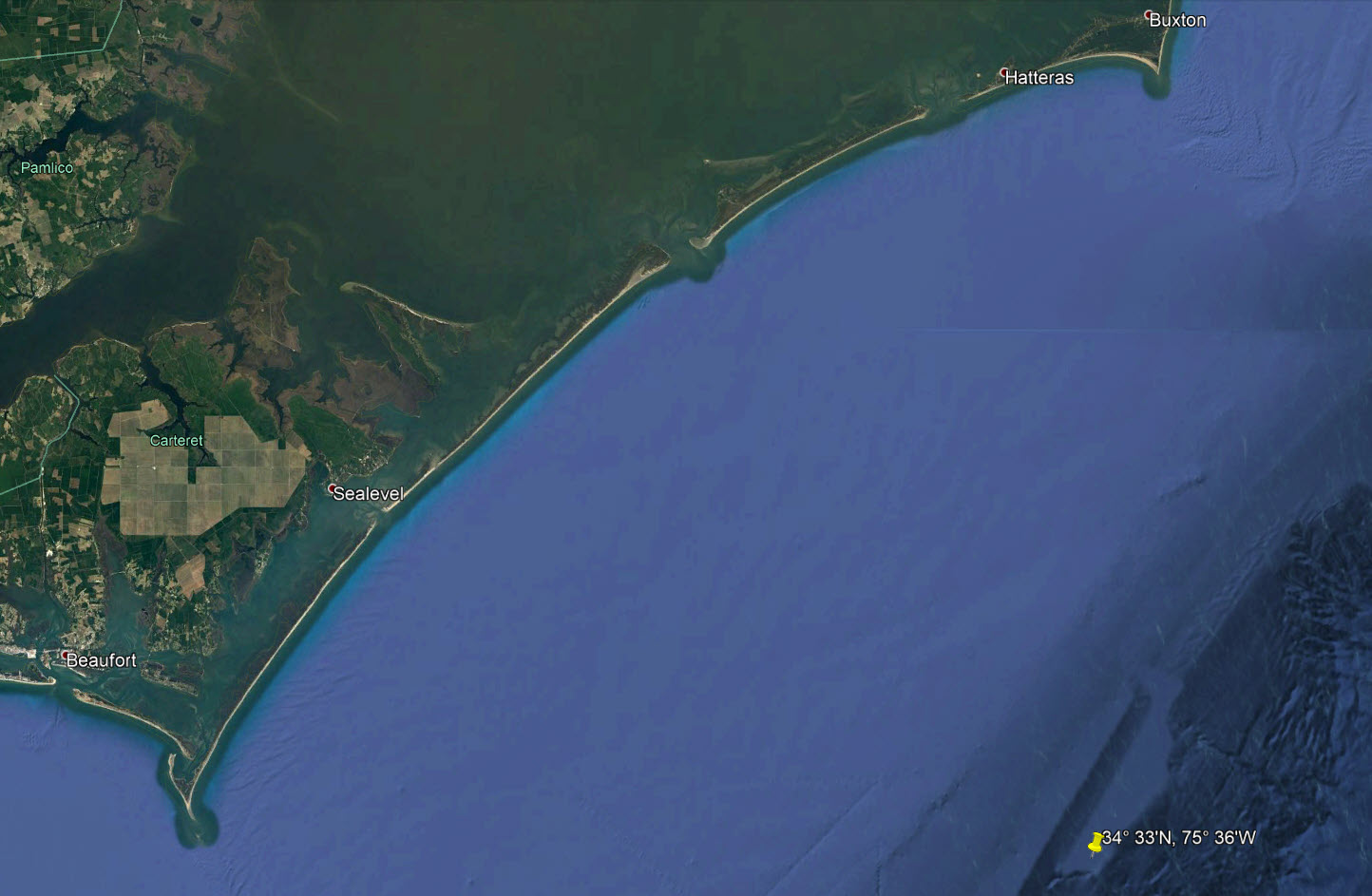