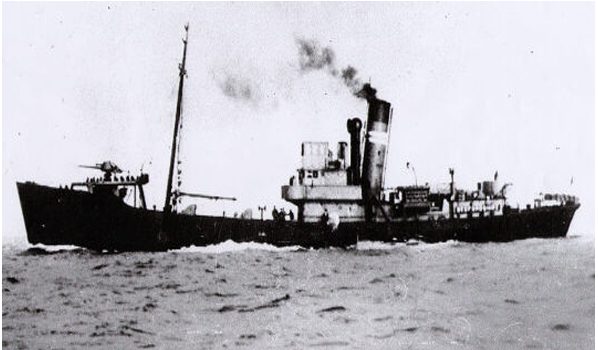 The Sinking of the HMT Bedfordshire:

The Bedfordshire began its life as a small deep-sea fishing vessel designed for artic trawling. Its area of fishing was in the Arctic waters up until the beginning of WWII. At that time she was retrofitted and requisitioned by the Royal Navy for military service. At the beginning of her duties, HMT Bedfordshire escorted ships and performed anti-submarine duties around the southwest coast of England and the Bristol Channel. During her time of duty, Bedfordshire became a well-seasoned patrol boat, surviving several attacks from aircraft. Also, she launched several depth charge attacks on suspected U-boats.

Prior to the United States' involvement in WWII, there was an abundance of ships left over from WWI. Under the Lend-Lease Act of 1941, the United States had lent England fifty outdated WWI era destroyers and ten Lake Class Coast Guard Cutters. At the time it seemed like a suitable deal, however, during the first six months of 1942 it became a serious problem. The German U-boats were wreaking havoc along the East Coast. What had started off with England seeking help from the United States now turned to a reversal of fortune. The United States was seeking help from England to help patrol this area known as Torpedo Alley.

England sent to the United States two dozen armed trawlers along with their crews. These ships had been fishing trawlers that had their trawling gear replaced with depth-charge racks and deck guns and small arms. Their refrigerated holds swapped out fish for ammunition magazines. Though these were still British ships, they were under orders from U.S. Naval authorities. Bedfordshire was one of those trawlers sent to the United States.

In the spring of 1942, Bedfordshire was based in Morehead City, North Carolina. It didn't take long for Bedfordshire to be involved in U-boat activity. On the morning of April 14, she provided protection for the USS Roper (DD-147). The Roper had just sunk the U-85 off Nags Head and had been recovering bodies from the U-boat. Under the command of Lieutenant R.B. Davis, the trawler patrolled an area from Norfolk, Virginia to Cape Lookout, North Carolina. Her duties were to escort ships and convoys around the Diamond Shoals. Bedfordshire's other duties included antisubmarine warfare patrols.

At one point while docked in Morehead City, the trawler received a visitor. Aycock Brown was a civilian investigator for the Office of Naval Intelligence (ONI). His investigations were to identify any bodies that washed ashore or recovered at sea. Also, he collected and analyzed any intelligence gained from bodies and debris. He recently had been assigned to identify four bodies that had been recovered from the surf above Nags Head. The bodies had been from the British tanker, San Delfino, that had been torpedoed by U-203 on April 9, 1942. Since the bodies would be interred on American soil, U.S. Naval authorities thought that the funeral should include the use of British flags. Which just happen to why he came aboard the Bedfordshire. He requested of Sub-Lieutenant Thomas Cunningham the flags to be used in the ceremony. Brown was escorted to the wardroom, where the flags were kept. While there they also drank some rum. After partaking of the rum, Cunningham gave him the four flags plus an extra two.

The Bedfordshire continued her patrols returning to Morehead City whenever she needed coal and supplies. During these patrols that didn't see any action. While in dock at Morehead City on May 9 when the U.S. Coast Guard cutter Icarus sank the U-352 twenty miles away. While docked in Morehead City, the crew frequently stopped to pick up provisions. They also liked to have a good time as young men and would wander around town drinking and wooing women. On May 10, 1942, the sailors were out on the town for a fun evening. Four crewmen including stoker Samuel Nutt and cook Richard Salmon, never made it back on board before it departed the following afternoon. The four sailors found themselves in jail following their alcohol-fueled antics.

So on May 11, 1942, the Bedfordshire set off to escort a convoy to Hatteras. It then joined another British trawler, St. Loman, to search for any U-boats along the eastern shipping lanes. At that time, the German U-boat U-558 was operating in Bedfordshire's patrol area. The U-558 was commandeered by Kapitänleutant Gunther Krech. Up to this time, Krech while patrolling from Maine to Georgia had not had any success with sinking any vessels. In the early hours of May 12, the U-558 noticed Bedfordshire. The U-boat got into position and fired two torpedoes that missed their target. Those missed torpedoes weren't even noticed by the crew aboard the Bedfordshire. At 5:40 AM, the U-558 repositioned itself and fired a third torpedo. This torpedo hit its mark and was followed by a massive explosion. The explosion was so powerful it lifted the trawler out of the water and the ship sank immediately. The attack happened so quickly there was no time to send a distress signal. Also, the explosion left no evidence of the ship. For several days the Navy wasn't aware of the Bedfordshire's sinking since there were no witnesses, signals, or survivors. The first clue came when crewmembers began washing up on the beaches along the coast.

Two days after Thomas Cunningham's and Stanley Craig's bodies were discovered, the Eastern Sea Frontier Command's Enemy Activity and Distress Report recorded their deaths. At the same time as their bodies being discovered an empty life raft was found washed ashore. At that point since the Bedfordshire hadn't been heard from since May 11, officials recategorized it as missing and possibly sunk. Four other bodies were later recovered. Thirty-three other crewmen's bodies were never found and were assumed they were trapped aboard the trawler when it sunk.

An Ocracoke family out of respect donated a tiny burial plot adjacent to their own cemetery. Two British flags were draped over Cunningham's and Craig's coffins. These were the same two flags that Cunningham himself gave to the Naval Intelligence officer Aycock Brown. Two other recovered bodies were buried beside the two other men. The two other bodies, including seaman Alfred Dryden, were buried in other local cemeteries on the Outer Banks. 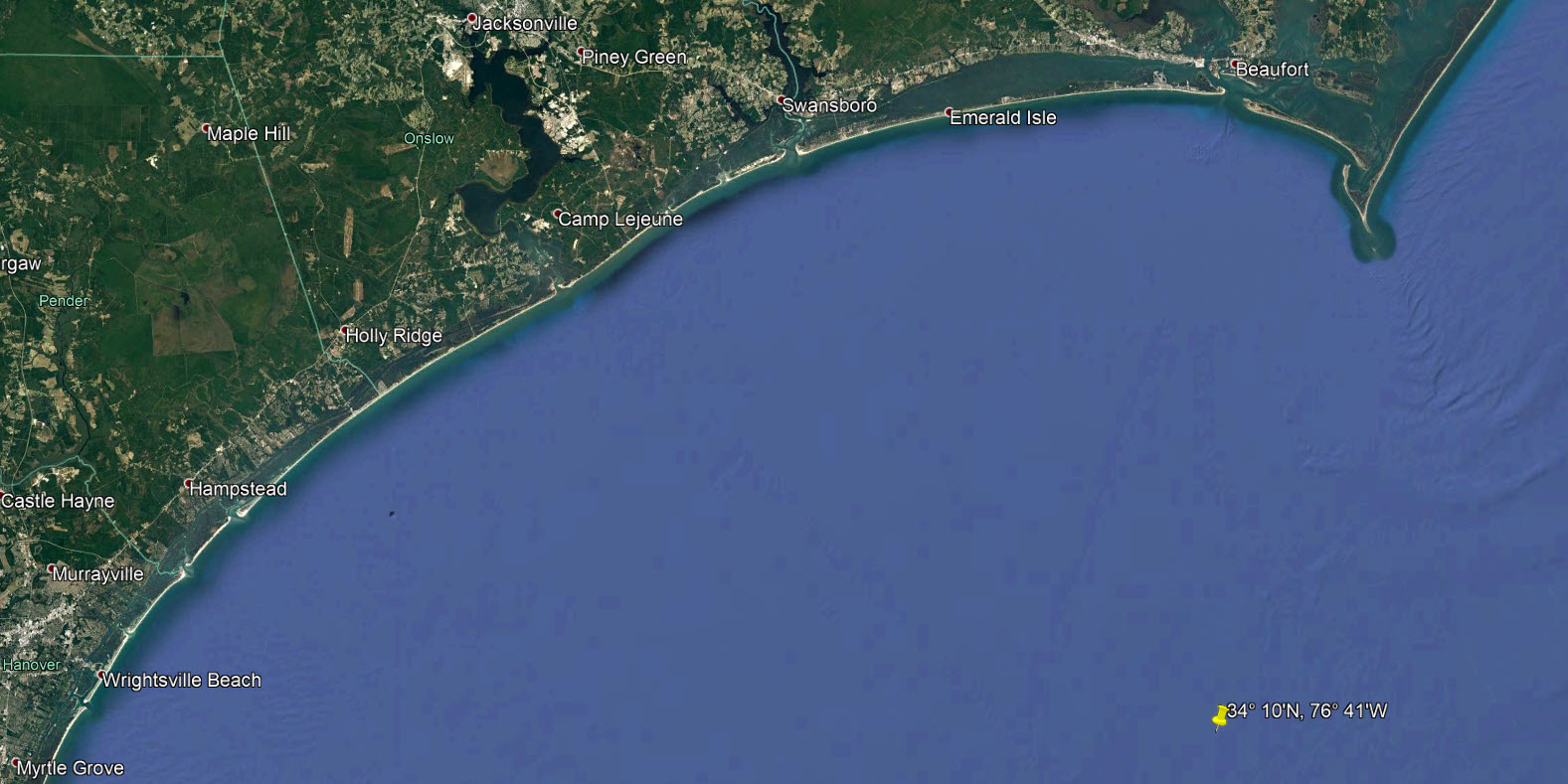