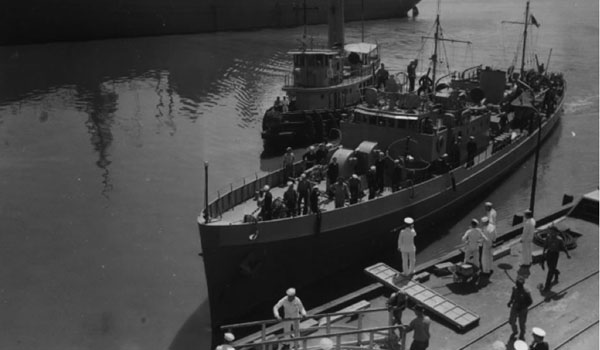 USCG Cutter Icarus arrives in Charleston, S.C on May 10, 1942, to deliver prisoners from U-352. Photo: Courtesy of the National Archives

In researching about the U-352, I found that this U-boat's history didn't have the glory that other U-boats had during the war. It was launched on May 7, 1941, and commissioned on August 28, 1941. The commander assigned to the U-boat was Kapitänleutnant Hellmut Rathke. It departed from Kiel, Germany, and went through a five-week cruise and tactical exercises in the Baltic Sea. In November, it docked in Flensburg for minor repairs and adjustments.  It remained in dock until mid-January 1942 at which time it returned to Kiel to load torpedoes and provisions. Now prepared for its first mission the U-352 left to begin patrolling an area west of Rockall. 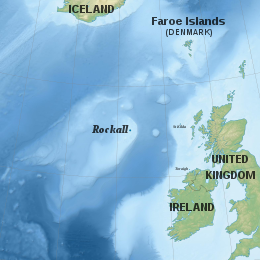 It joined twelve other U-boats (Group Schei) in search of convoys coming across from the East Coast of America. However, shortly thereafter the mission was recalled to France and prepare for deployment to the U.S. East Coast. However, as this new mission began Group Schei was broken up. Eight of the twelve U-boats were redirected to the Faroes Islands in Iceland and Scotland. The U-352 was one of them, so they began to patrol this area in hopes of their first sinking. Kapitänleutnant Hellmut Rathke had no success during his five weeks of patrol. At one point they spotted a merchant ship, but British corvettes (a small escort warship being used in the shipping protection role) bombarded the U-352 with depth charges that exploded closely to them. They were also forced to submerge when land-based aircraft attacked them.

The U-352  wasn't the most accurate U-boat attacker when it came to firing torpedoes. On one occasion it fired a spread of four torpedoes at a destroyer but missed its target. At the end of February, the U-352 returned to St. Nazaire without a single target hit. Minor repairs were completed and the U-352  was onto its next mission. On April 7, 1942, U-352 headed to the East Coast of the United States. It was headed to the area known as Torpedo Alley, where it anticipated great success based on how many ships had already been sunk in this area.

Rathke was ordered to patrol the area off the Diamond Shoals, which was a perfect area to gain success. The only problem was that by May the area began to be patrolled more by warships, Coast Guard cutters, gunboats, converted yachts, bombers, and blimps. On May 5, the U-352 began to zero in on the Swedish merchant vessel SS Freden. What happened next was a comedy of errors on both sides. Two times the U-352 fired torpedoes from the bow only to miss their target. Even though the torpedo missed, the crew of the Freden thought they would be hit and abandoned ship. With the ship stopped to allow the men to abandon the ship, the U-352 passed right by them and then lost contact. When the crew realized it hadn't been hit. The captain of the Fredin ordered everyone back on board and resumed their journey.

So the next day, the U-352 came across the Freden again. For several hours the U-boat got off two torpedoes without hitting their target. Just like the day before, the captain of the Freden ordered the ship to be abandon. During the launching of the lifeboats, the Freden turned the stern towards the U-boat making it a smaller target. Rathke thought that the ship was heading off at full speed and gave up on the Freden. The crew remained in the lifeboats throughout the night. The following morning, May 7, they drifted by the Freden and noticed it had been untouched. Once again they got aboard the Freden and continued their journey.

Because of the upgrade in patrols along the area, the U-352 spent most of its time crash-diving to avoid aerial detection. Other times it would be submerged to avoid patrol boats and planes detection. The time had come when Rathke wanted results. He appeared tired of running away from being pursued and wanted to take the offensive. This drive to succeed is that eventually led to its demise.

On the afternoon of May 9, 1942, the U.S. Coast Guard cutter Icarus came into view.  The Icarus was en route from New York to Key West. They were traveling alone at fourteen knots. The seas were calm and the visibility was about nine miles with a slight haze.  The time was 4:25 PM, which means there were still about 3 hours of daylight left. The Icarus maintained a zigzag pattern as it headed towards its destination.

The sound equipment aboard the Icarus picked up an underwater contact. It was one hundred yards away off the port bow. The XO immediately sounded General Quarters and called the ship's captain to the bridge. Lieutenant Maurice Jester took of the Icarus. A mere four minutes after the first contact, a torpedo went off some two hundred yards off the port quarter. This missed torpedo was a two-prong mistake on the part of the U-352. First, it missed its target, and secondly, it let the Icarus know its location. During the 45-minutes of action, Rathke did everything possible to escape. At one point after the Icarus sent out five depth charges from the Y-gun, the U-352 was damaged so badly that they decided to play dead and lay still on the bottom in hopes it would go unnoticed. Lieutenant Commander Jester began dropping depth charges systematically and eventually forced the U-352 to the surface.

Now the Icarus went on the offensive. Knowing the location of U-352, the Icarus reversed course. It was able to tell the U-boat's location based on the propeller noise and the bubbles caused by the torpedo's explosion. According to Lt. Jester's report, "At this time, we dropped five depth charges, in a diamond pattern. It was later learned that is attack destroyed the submarine's periscope and killed the Conning Officer. We then reversed course. At 1645 EWT, we dropped three depth charges, in a "V" pattern. At this point, we observed large air bubbles on the surface. The submarine then attempted to surface, as the machinery had been disabled. We reversed course again, and dropped one depth charge, at 1708 EWT. At 1709 EWT, the submarine surfaced down by stern. We then opened fire with our 3" gun, and scored seven hits, on the hull and conning tower of the submarine. At 1711 EWT, the crew of the submarine was seen to be abandoning ship. At 1714 EWT, the submarine sank, and we ceased fire."

As the U-352 surfaced, crew members began to emerge from the conning tower preparing to jump overboard. The crew on the Icarus feared that the men on U-352 might be heading to their deck guns. The Icarus opened fire with heavy machine-gun fire, which resulted in the deaths of several crew members of the U-boat.  U-352 sank but the majority of the crew was able to escape. Icarus left the area for about an hour awaiting instructions on how to proceed.  When they returned to the site, they took aboard 33 survivors. One survivor died aboard the Icarus shortly after boarding the ship. The survivors of U-352 were later interrogated and remained in a number of different prisoner of war camps for the rest of the war.

According to the Office of Naval Intelligence, " A brief preliminary interrogation was made shortly after the men were landed in the United States. Thereafter they were taken to a place of temporary internment where Rathke was permitted to maintain direct control over his men. A stern disciplinarian, Rathke kept a strict surveillance over his men during this temporary internment. Ample evidence of this can be found in the list of punishments meted out to his men for various delinquencies." The intelligence gained from Rathke and his men revealed little information.

The Navy decided if the men wouldn't reveal much intelligence perhaps the U-352 would tell more. They were hoping to discover more from the hull of the U-352 or at least locate the log and codebooks and cipher machine. The Navy to USS Umpqua (No. 25) left Charleston on May 19 in search of the U-boat. It took them until May 23 when they finally located the U-352. Using a buoy anchor chain as a descending line, a dive was made by C.E. Myer, TM2c (Torpedoman, Second Class), USN, who reported after surfacing the bow of the submarine had a deep gash in it. The U-boat laid on its starboard side at an angle of about 60°. Because the line was limited the diver was only able to travel in a 20-foot radius, the investigation was somewhat limited.

The next day a second dive was to be attempted. However, the Umpqua couldn't maintain its position and therefore couldn't locate the submarine. On May 25, the Umpqua on its own without protection from any escort vessels again attempted to locate the U-352. They continued their search for the submarine through May 29 without success. It was finally decided that because the war was still ongoing and that tugs and escorts were needed elsewhere, the search was called off. Besides, the authorities already had knowledge that German cipher machines had been in Allied hands for some time and German naval codes had long since been broken.

However, the story of the U-352 story didn't end there. Three months later on August 7, the British armed trawler HMS Stella Polaris "established a sharp metallic contact that was a submarine beyond doubt and with excellent policy of 'shooting first-question later'" dropped three patterns of depth charges. The result of the charges was the sight of oil and air bubbles coming to the surface. Five minutes later, a raft appeared. The raft was covered with German writing and a red distress flag. The crew was excited thinking that it had successfully destroyed a submarine. As a good measure, the Stella Polaris dropped another twelve depth charges which brought more oil to the surface. At 8:30 PM they dropped a buoy to mark their position and headed to Morehead City. The following day, Coast Guard cutters 474 and 480 located the buoy and dropped depth charges of their own. The results brought more oil to the surface but no wreckage or bodies.

All were confident that they had sunk another German U-boat. The tug P.F. Martin was sent to the area and a diver was sent down to investigate. The diver couldn't detect anything other than dead fish and depth charge arbors. The next step was to drag the area with a grapnel. Two hours after they started this process they hooked a solid object. They placed a new buoy on this object to mark its location. The following day, a diver was sent down and they were able to discover a twenty-foot section of upper deck grating. They went on to find entangled in the hull a three-inch wire hauser and a two-and-a-half inch manila line. With these discoveries, what was found was that the Stella Polaris had successfully sunk another German U-boat, but had actually added to the destruction of U-352. 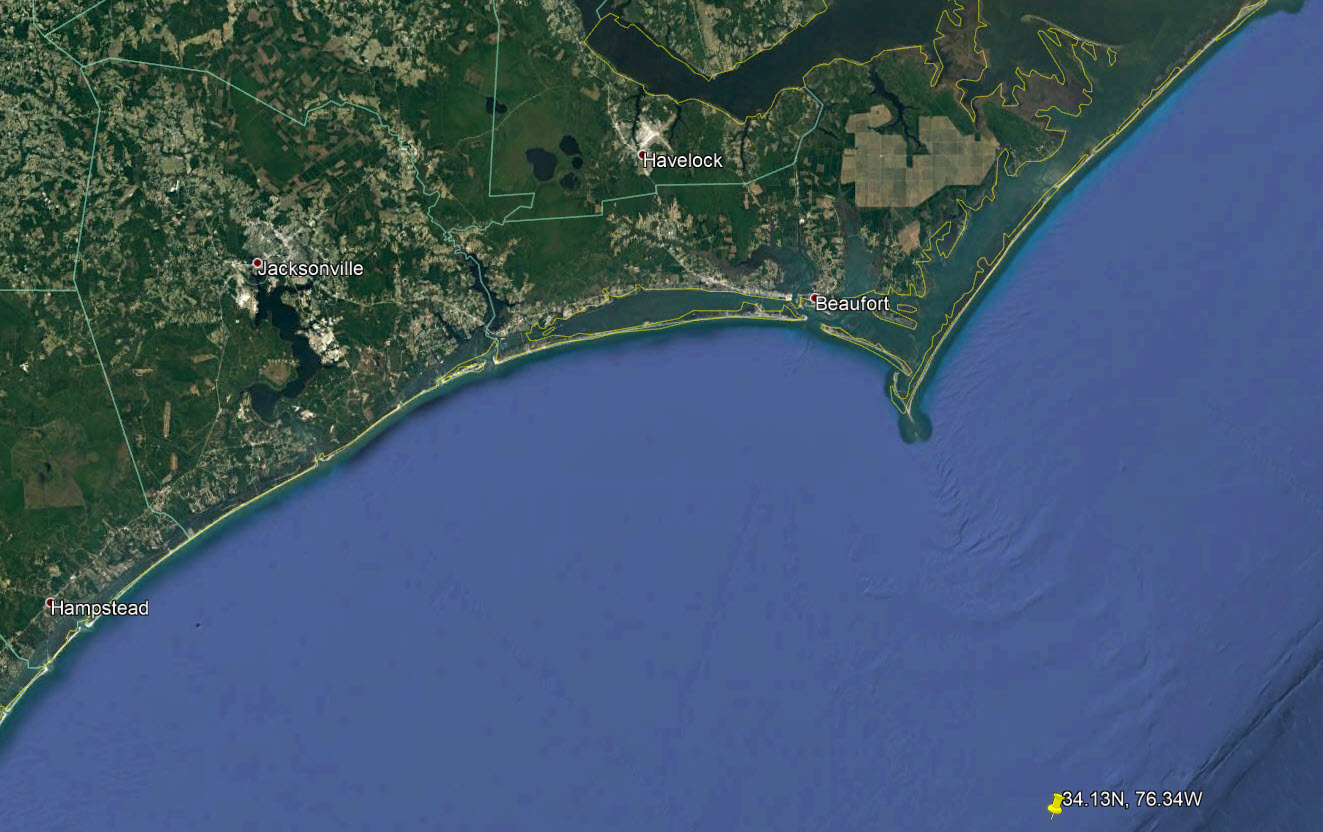