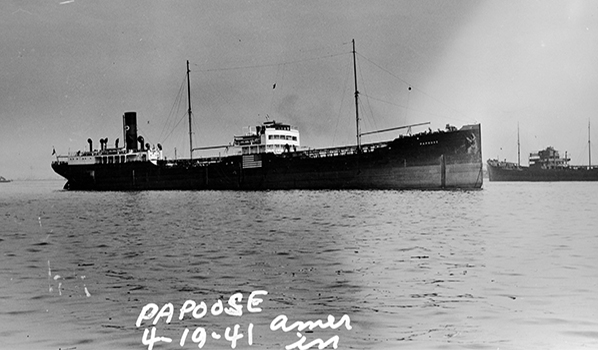 The Sinking of the Papoose:

Some might consider that the Papoose as a bad-luck ship. Why? It was once destroyed by fire on April 8, 1926, about forty miles south of New Orleans. At the time the ship was known as the Silvanus. It was owned by the Dutch Shell Company. The ship was rounding a bend in the Mississippi River when it ran into the Standard Oil tanker, Thomas H. Wheeler. Steel plates that had buckled generated sparks that ignited the highly flammable benzene cargo. This was followed by a series of explosions across the deck. Twenty-six men died and the ship was declared a total loss.

Lawsuits followed this disaster and the hull was put up for sale at auction by a federal marshall. Petroleum Navigation Company won the bid for the hull. The hull was then towed to Beaumont, Texas, where the Pennsylvania Shipyards maintained a facility on the Neches River. Three hundred men were put to work reconstructing the ship. Fortunately, the engine and boilers were undamaged but were overhauled nonetheless. The decks were all rebuilt at a cost of a half-million dollars. Also, new quarters for the officers and crew were rebuilt.

After five months of construction, the Silvanus was sea-worthy again. On March 31, 1927, the ship was renamed the Papoose. Its first trip was to Galveston and was a success. It returned to Beaumont, Texas and was loaded with 67,000 barrels of gasoline, and was on its voyage to New York. The Papoose continued to make voyages up and down the east coast to deliver fuel.

On March 18, 1942, the Papoose had offloaded its cargo tanks in Providence, Rhode Island, and was returning to Corpus Christi, Texas with an empty tank to pick up the next load. Because of all of the activity off the coast with German u-boats patrolling the area, the Navy Routing Office recommended the ship stay close to the coastline. Especially since the month of March was the most dangerous month so far of the year. They left and headed through the Long Island Sound, along the East River, then through the New York Bay, and down the coast. It was nighttime when the ship rounded the Diamond Shoals at eleven knots. Captain Zalnick decided to take a straight course rather than zig-zag his way south to get through "torpedo junction: as fast as possible.

With tensions high, there seemed to be some confusion as to the course of events. Several crew members on the Papoose said that they could see a ship in flames on the horizon. The ship in flames was thought to be the W.E. Hutton. The W.E. Hutton was the only other ship torpedoed that night. The ships were most likely less than five miles apart. And here is when the confusion begins. It was reported that the W.E. Hutton wasn't torpedoed until thirty minutes after the Papoose was hit.

The log of the German U-boat, U-124, recorded two attacks on that night but no indication of which ship was hit first. That week the U-124 was particularly busy having sunk seven ships (E.M. Clark, Esso Nashville, Noaeco, W.E. Hutton, Kassandra Louloudis, and the Ceiba) and damaging two others.

At 10:35 PM on March 18, 1942, the Papoose was hit aft on the port side by a torpedo that penetrated the fuel tank, damaged interior bulkheads, and caused flooding by oil and water from the fire and engine rooms. The water and oil rose quickly and within four minutes it reached the height of the tops of the cylinder heads. At this point, the two men (Peters and Kreuger) that died were presumed drowned in the flooding.

At the time they were approximately fifteen miles southwest of Cape Lookout light. The captain ordered the wheel to turn hard right, toward the shore. However, the engine was without power and the engine was disabled. At the time the radio operator sent out a distress call. Fortunately, their distress call was acknowledged so they knew help was on the way. As the Papoose sat there without power, Captain Zalnick gave the order to abandon the ship. No 3 lifeboat was launched five minutes after the initial explosion. No sooner had the boat cleared the ship than a second torpedo barely missed the lifeboat. The torpedo hit the starboard side nearly opposite of the first hit. The second hit ripped open a hole in the hull eight feet above the waterline. As No. 1 lifeboat attempted to get underway (located starboard side, amidships) debris from a wooden awning over the amidships deckhouse and the radio shack that was partially demolished rained down upon them. Some of the men were injured but were able to get away in the lifeboat.

According to what Gary Gentle wrote in his book, Shipwrecks of North Carolina from Hatteras Inlet South, "Now a curious event occurred. An amber light appeared some thirty feet above the water, a couple of hundred yards off the stern of the Papoose. Everyone saw it; everyone had an opinion about it. Was it the U-boat's searchlight meant to blind the survivors or to observe damage to the vessel? Was it a decoy buoy released by the U-boat in order to lure another ship to her destruction? Or was it an angel from Heaven to come to take the U-boat's victims to a better world? It hovered mysteriously in the neighborhood for an hour, or an hour and a half, following the attack, never revealing what lay behind it in the darkness before it finally disappeared."

The two lifeboats with the thirty-four men aboard rowed away from the Papoose towards the shore. At 7:30 A.M. the next morning they were picked up by the U.S. destroyer Stringham (APD-6). Even with all the panic surrounding the attack, Captain Zalnick remembered to grab all his code books and confidential papers. He immediately turned them over to the Commanding Officer of the Stringham.

When last seen the Papoose was settling by the stern but was still afloat with the deck awash. Eventually, the ship capsized and now lies upside down on the ocean floor. 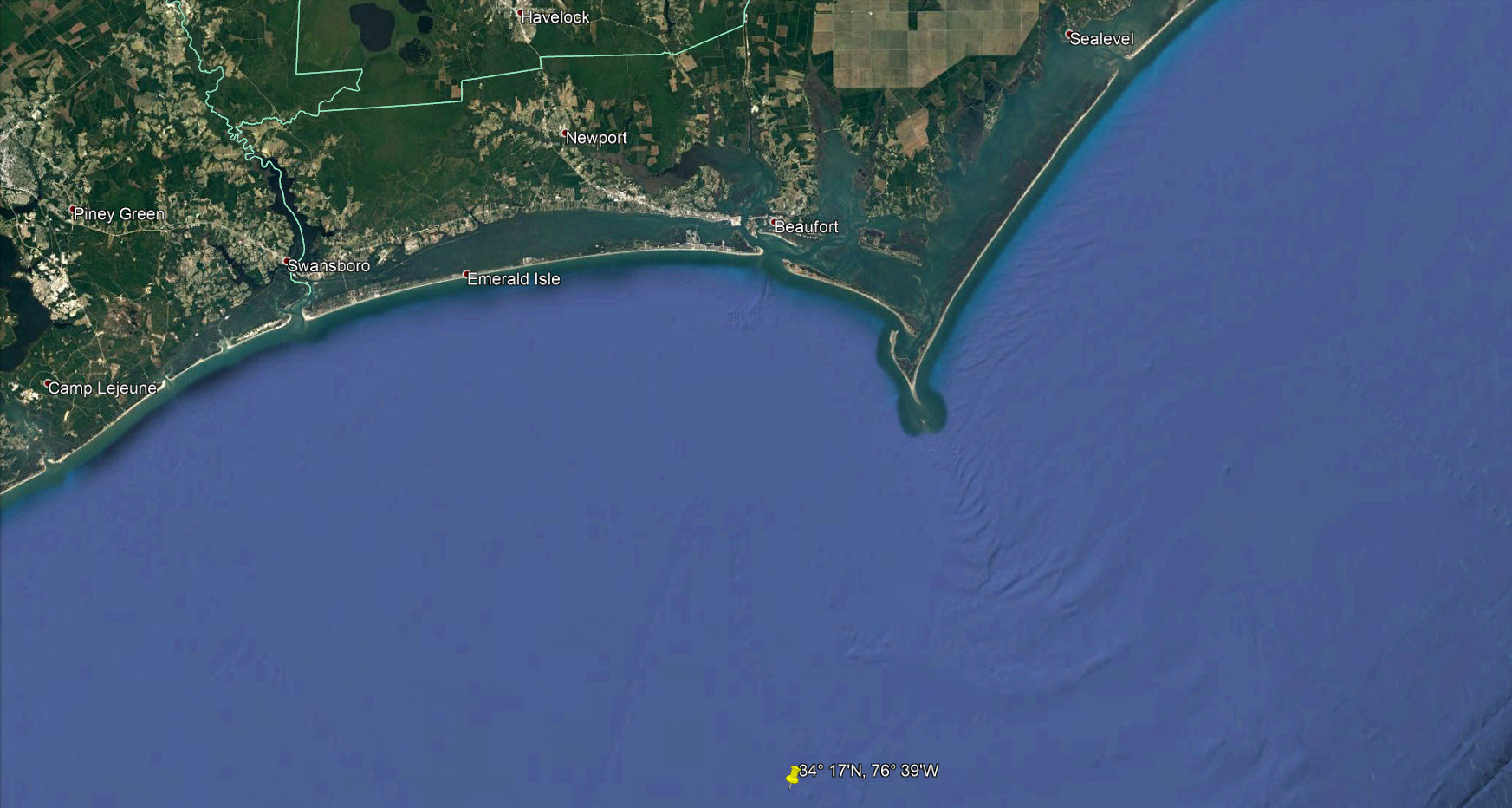 * After Papoose was sunk, he was on the William C. McTarnahan and died when it was torpedoed on May 16, 1942