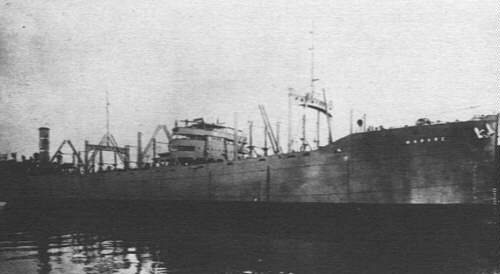 The Sinking of the Marore

The Marore after leaving the Panama Canal passed between Cuba and Florida, then hugged along the coast as it made its way up north. Prior to the attack, the submarines were chasing an oil tanker that was able to outdistance them. When they caught the Marore they "peppered her with an almost incredible extravagant waste of ammunition," according to an article in the New York Times dated March 3, 1942.

The master of the ship, Captain Charles E. Nash of Harrington, ME thought it was a miracle that all crew members were saved especially since all but nine of the crew were in their bunks when the torpedo struck. "We had no warning, " he told the United Press. "The torpedo struck amidships on the port side. I gave the order immediately to abandon ship. Although all the crew but nine were in their bunks, the concussion had an alarm effect. All members were on deck almost instantly. They went to their respective lifeboats without confusion. In ten minutes the ship was abandoned."

No sooner had they cleared the ship than the shells began to rain down on and around the Marore. "They must have fired 100 or more rounds, " Captain Nash stated. "All three intermittently fired tracers. They hit the water, bounced like crazy tennis balls, and lit up the whole area, giving the gunners a perfect target. They had good marksmanship, too. Looked like 90 percent of the shells hit."

Radio Operator Core said that he had been picking up "SSS" - submarine attack calls from a tanker all afternoon. "I am positive the subs were the same which had been chasing that tanker, " he said. "She must have eluded them and, when they saw us, they figured we were the tanker." Core went on to describe the tracer shells as "a beautiful display of fireworks. They looked like Roman candles," he said. "But we couldn't enjoy it!"

Survivors had praise for Third Assistant Engineer, E.B. Stahl of Baltimore, who even though he was knocked off his feet when the torpedo hit, was able to find his way through the darkness and shut off the engines. By doing so it made it easier for the crew to launch the lifeboats and abandon the ship. 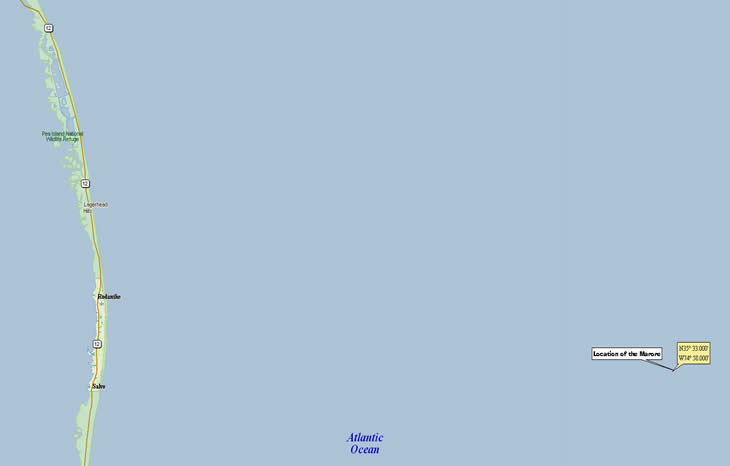 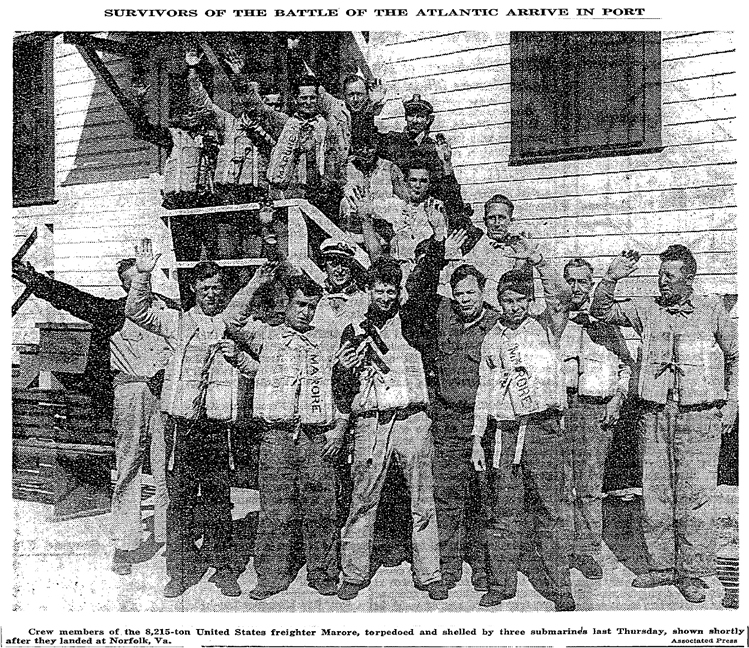 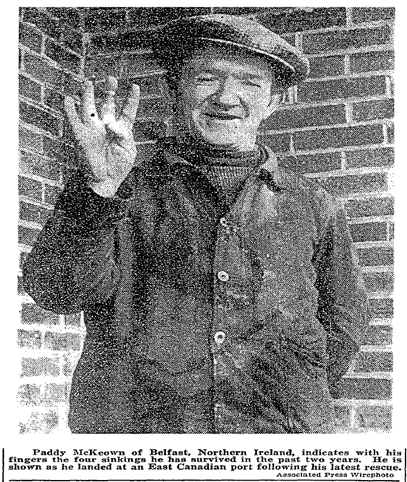