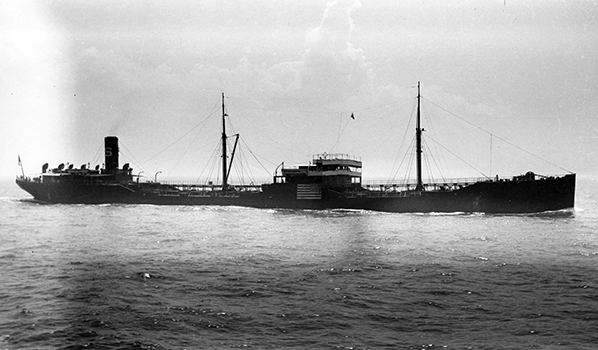 Atlas, date, and location are unknown. Photo courtesy of The Mariner's Museum.

The Sinking of the Atlas:

The tanker was originally built in 1916 under the name of Sunoil. Sun Company had purchased it and the tanker made frequent voyages from the Gulf of Mexico to New York. In 1927, it was sold to Socony-Vacuum Oil Company of New York. After the purchase, it was renamed Atlas. It continued its same route to and from Texas via the Gulf of Mexico to deliver its cargo to the New York area.

On April 1, 1942, the tanker departed Houston, Texas, and headed for Sewaren, New Jersey. Onboard was the captain, Hamilton Gray, and 33 men. Their cargo consisted of 84,000 barrels of gasoline. It was on the morning of April 9, when it was off the coast of North Carolina and had just passed Cape Lookout. At the time the weather was clear, the winds were light coming from a southerly direction, and the sea was calm with a gentle swell. The Atlas was following the nine-fathom curve and was approximately 1.5 miles inside the Cape Lookout Shoals Outer Buoy when the watch officer heard the sound of a diesel engine off the starboard bow. Out of precaution, though nothing was sighted, the ship immediately turned her stern toward the sound. It was an action that was a little too little and too late. As she was making this turn, the German U-boat U-552, commandeered by Karovettenkapitän Erich Topp, fired torpedoes toward the Atlas. A torpedo struck the ship on the starboard side near amidships. Immediately, gasoline began to pour from the ship and into the sea. The smell of the fumes was so strong, Captain Gray feared the worst and ordered the immediate evacuation of the ship.

The crew lowered three lifeboats and moved away from the ship. The lifeboat that the captain was on made its way approximately 100 feet from the ship when a second torpedo hit the ship which then set the ship and surrounding sea on fire. The captain noticed that his lifeboat was surrounded by gasoline and directed his men into the water as fire swept over them. The fire eventually burned out and the men returned to the somewhat charred lifeboat continuing to put out flames. Once the flames were extinguished they climbed back aboard the lifeboat. Unfortunately, when they initially abandoned the lifeboat two men drowned and several were severely burned.

Once back aboard, the captain spotted the other two lifeboats and saw they had made it safely away from the Atlas. After a few hours, the three boats came together and began to make their way towards Cape Lookout Lighthouse. By dawn, the following day a Navy patrol plane saw them and notified the Coast Guard. The 31 crewmen and the captain were rescued by a US Coast Guard cutter and took them to Morehead City, North Carolina. The captain was severely burned and five other men suffered various degrees of burns. 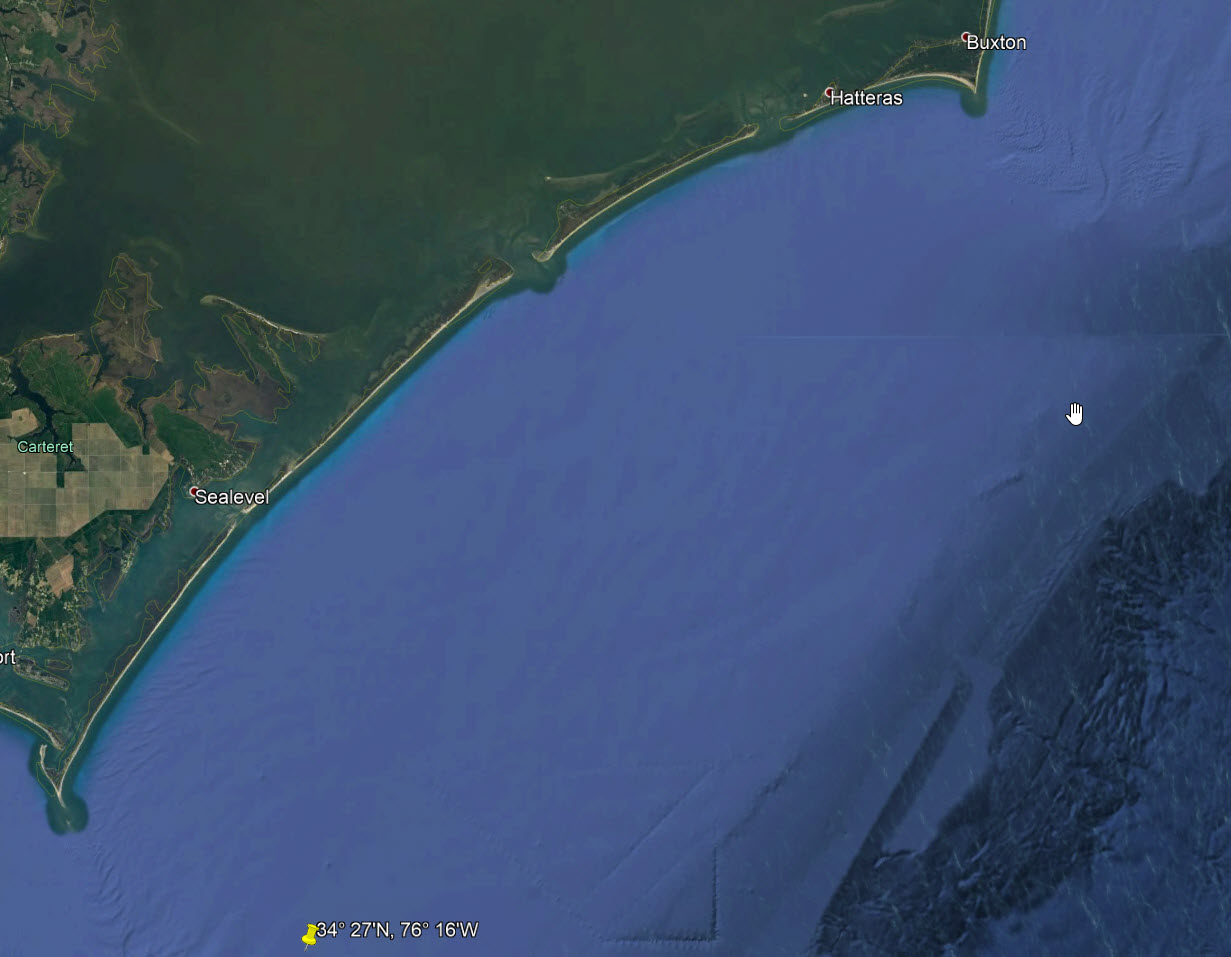