The Sinking of Cities Service Petrol:

The Cities Service Petrol left Port Arthur, Texas, on July 8, 1933, with about 100,000 barrels of crude oil. As reported in the Waterbury Democrat on July 15, 1933, in the words of Captain Nilsson of the Gulfgem, "Last night around dusk something happened. Apparently, there was an explosion. The Petrol did not send out an SOS because her radio equipment was destroyed in the first few minutes. Ther are always ship in the gulf stream along the Atlantic coast and we came upon the blasting vessel at 8 p.m. The tank, Trimountain arrived at approximately the same time. The sea was heavy and growing heavier. Two lifeboats had been launched from the Petrol before the rapidly growing fire had made launching the others impossible. We picked up one; the Trimountain the other. We launched a lifeboat in command of Mr Thomas, my second officer. The chief mate of the Petrol had been in the lifeboat we picked up and he insisted upon accompanying our boat. Mr Thomas approached the Petrol bow on; any other approach was impossible because of the terrific heat cast off by the ship. Eight men slid ropes from the Petrol's Focaslehead into the lifeboats. From the bridge of the Gulfgem, they looked like monkeys on strings. We saw the lifeboat rising and falling under the Petrol's bow which was sinking gradually. We heard Mr Thomas pleading with Captain Sears to abandon his vessel. Finally, when it seemed the Petrol would sink any instant, Mr Thomas was forced to withdraw so his boat would not be sucked under the Petrol. Then for a ghastly half hour, we watched the doomed ship sink lower and lower in the water as the crude oil in her bunkers sent up flames mountain high. Captain Sears never moved. A gallant seaman. Our hearts went out to him and we all wondered if we would have been as gallant under similar circumstances. At 11:30 pm, three hours and 30 minutes after we sighted here, the Petrol took her final plunge. Some of the 34 men were rescued are suffering from slight burns, but are receiving attentive care from our stewart. I expect to land them at Charleston tonight."

The New York Times on July 15, 1933, reported that Coast Guard cutters from Norfolk were dispatched as soon as the Gulfgem reported the seriousness of the situation. However, before the cutters got to the area the tanker had sunk and her crew had been rescued.

An article from The Lookout, September 1933 edition. The Lookout was published monthly by the Seamen's Church Institute of New York.

UPSTAIRS and downstairs, in lobbies, reading rooms and elevators, we have heard conversations in regard to the action of Captain F. L.Sears who chose to go down with his burning tanker southeast of Hatteras. Opinions among seamen at the Institute differ as to the WIsdom of this deed. Some say that he simply wished to die adhering to the stern code: the captain shall be the last to leave his ship, Others say that Captain Sears need not have taken the grim tradition so literally; that when all were taken from the sinking vessel there was no need for him to remain. Still, others tell tales of masters of ships who, during the stress and strain of the moment, lose their reason and only know, blindly, that they must stand on the deck until the waters close over them. Several of the tanker's officers and crew stayed at the Institute for a few days after the disaster. One officer said that when Captain Sears went down he held 8,000 in cash from the safe and the ship's papers. Another officer said that the captain had been terribly moved by the death of a young oiler during the explosion. A steward told of trying to persuade the captain to leave the sinking ship. The New York Herald published the following editorial on the subject:

Nightfall, a rising wind and sea lit by the last flame from a burning tanker, the great hull already far down by the stern and wallowing dangerously, and a ship's boat full of men looking up impatiently as the captain, alone upon the forecastle. refuses to go With them-lt makes a sudden and memorable scene. Everything wet with pray and full. of smoke and danger, the waves reddening as they dash along the plating under the glow from the fire, but black enough were they stretch away toward the rescuing steamers-a Conrad would perhaps be required to describe the last moments of the tanker Cities Service Petrol off the Carolina coast on Friday. as a Conrad could alone interpret the mystery in that single figure, immovable in the face of fire and death on the ship which he would not leave. "We managed," said the mate." to take all the men off the blazing ship except the captain, who refused to come. At 10:25 p. m., we left the ship." It took them an hour to pull back to safety, and five minutes later they saw the tanker vanish with her master. "As the ship was sinking he flashed his light." The words remain a. his unsatisfying epitaph.

The true mysteries of the sea-perhaps all true mysteries -are not those of external chance but those of human conduct and inner experience. "He refused to come." Why? Was he simply so confident of his ship that he believed he would float in spite of everything? Or was he responding to some obscure sense of duty, to some half-admitted tradition of his own or to some more intricate and unfathomable mixture of motive? How can one ever know? Overtaken by abrupt disaster early in the morning, he had fought all day to save his crew, bandaged the injured, got them all off, picked up those who had jumped, mastered the situation as well as it could be mastered So far as the world knows or could know he had answered every responsibility, but at last, when every man was clear and the boat was waiting, he would not leave his ship. So they pulled away and left him, and an hour later the tiny spark of a flashlight across the rising sea gave the last beam wherewith one might pierce his mystery.

Finally, a letter to the editor published in the New York Times regarding Captain Sears:

In this day of codes and legislated ethic one cannot but ponder the death of Captain F. L. Scars, who chose to go down with his burning tanker, July 15th, southeast of Hatteras. In taking this grim course he fulfilled to the letter an unwrit­ten code which has come down, unaltered, through centuries, that the captain shall be the last to leave his ship.

Charged by the shipowner with unlimited responsibility for vessel and cargo, he is also clothed by law with supreme authority over all on board. Thus he stands, an element unique in our modern social organization, subject to no man's will while his vessel is on the high sea; but going whither he is ordered, over all the oceans, far from home and family. His responsibilities are endless, his life is hard, his pay is low. If by some mischance blame attaches to him for any maritime loss or damage, his certificate is forfeit, his means of livelihood taken from him. But though in storm or fog or heat or cold he may meditate on hi uncertain lot, yet when the dread hour trike, and his ship is foundering-the fate of any of its company yet uncertain-that stern tradition bid him stand on his deck until the water close over it, and over him. Noblesse oblige.

If but this same code might find adop­tion ashore, what beneficent changes it could bring into being! If our captains of finance, of industry, our mayors, gov­ernor and other political rulers could be brought to serve as the hip master serves -thinking last of their own well-being, their own ambition -no need then tor legislated codes and penalties.

Were a cenotaph to be erected to the memory of Captain Sears and those unaccounted thousands who preceded him, it might well bear an inscription taken from the shield of another valiant service- "Semper Fidelis." -W. D D. 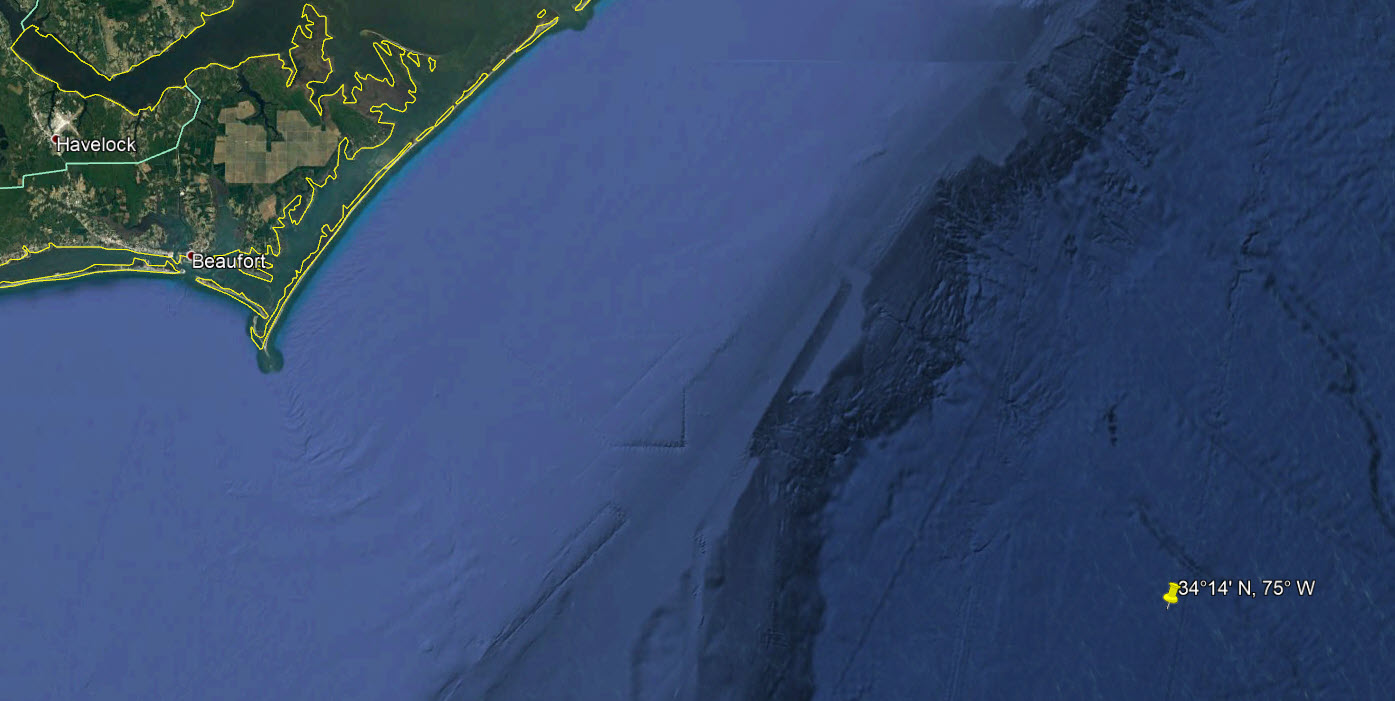