The Sinking of the Cibao:

This is a story of the sinking of the Cibao that didn't sink. There have been those who have searched for the wreck which doesn't exist. But I'm getting ahead of myself. The Cibao, which was a Norwegian steamer, was loaded with 16,906 bunches of Jamaican bananas and a small load of liquor having left Port Antonio, Jamaica with its destination was to be Baltimore, Maryland. The ship ran into the same storm that the Kyzikes had encountered. The ship was commanded by Captain Magnus Mylander and when it hit the storm attempted to steer the ship into Hatteras Inlet for shelter from the storm when she ran aground.

As it ran aground a Coast Guard patrolman happened to see the ship coming in and fired Coston flares in an attempt to warn the Cibao to stay clear of the shoals. It was December 4, 1927, at 6:10 AM when his signaling the ship failed and the ship bottomed out. The patrolman reported was received by Boatswain Charles Peel who was the officer in charge of the station. He then sent out his rescue crew and sent out a call for help. Peel and his men jumped into a power lifeboat and headed out of the inlet and towards where the ship was stuck in the sea. Due to the intensity of the storm and the hazardous waves they were unable to get close enough to rescue the crew of the Cibao. At that point, they had no choice except to turn back and return to the station. 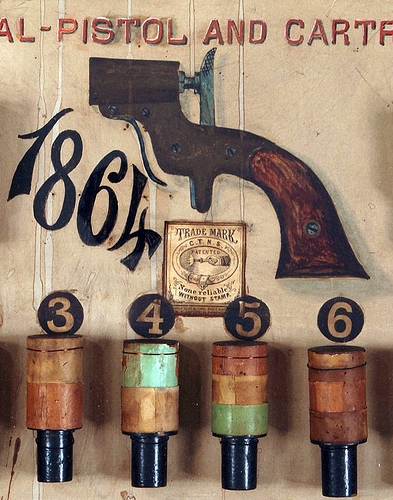 As Peel and his men were attempting to reach the Cibao, the officers and crews from the Cape Hatteras, Creeds Hill, and Ocracoke stations had gathered at the Hatteras Inlet Station ready to assist in the rescue. Peel, having returned from their first attempt at rescue, assembled a hand-picked crew from all of the stations and headed out in a power surfboat. "The surfboat was swamped several times in an endeavor to get through the line of heavy breakers, which almost washed the men out of the boat." Fighting through the breakers, drenched in the cold ocean water, the rescuers "succeeded in reaching a position about 150 yards from the bow of the stranded vessel."

The problem they faced was they couldn't get too close to the Cibao. Between the huge waves and the strong winds, they faced the danger of their wooden ship being smashed to pieces if it hit the steel hull. With the loud pounding of the sea and the howling winds, Peel was unable to call out to the stranded crew. They needed to come up with a strategy to rescue the crew. Finally, "the crew of the Cibao signaled to drift a line through the breakers to the surfboat, to which a life preserver was made fast and sent on board the wreck...upon signal from the surfboat, each man of the Cibao, twenty-four in number, with line bent around him, jumped overboard and was  hauled through the breakers from the ship to the surfboat...after heroic efforts in the rough seas, the reduced men were transferred from the surfboat to the lifeboat, which took them ashore."

The Seventh Coast Guard District Commander O.A. Littlefield spoke of the rescue effort: "It was nothing but a miracle that they managed it. In the usual shipwreck, the crew of the lifeboat goes out into open water with a crowd on shore ready to help if accident happens. But these fellows were two miles from shore and they were in imminent danger without the possibility of rescue if anything went wrong. It was as fine a piece of work as I ever heard of and if ever man deserved praise, these men do."

The storm continued throughout the remainder of the day. The following afternoon, December 5,  Coast Guard Officers climbed aboard the Cibao. They were not there to evaluate the status of the ship. Instead, they were looking for contraband. What in particular were they looking for? Alcohol, after all it was the time of prohibition. Now the cargo manifest did indicate that there were twenty-one cases of rum aboard. However, since they were designated for the Bolivian Legation in Washington, D.C., the cargo was legal. Like any embassy type of location, the Legation was considered foreign soil. Regardless, they confiscated the rum along with six quarts of whiskey. The alcohol was locked up in the Hatteras Inlet Station.

On December 6, another inspection took place. "The ship having a full cargo of bananas made it impossible search beneath the cargo but all hold and cargo spaces were thoroughly examined...The only contraband found was eleven pint bottles of rum hidden among the clothing in the crews quarters."

All the legal liquor (21 cases) was delivered to the Collector of Customs in Wilmington, North Carolina unopened. The commanding officer of the Coast Guard cutter Modoc, W.H. Munter, stated that "the six quarts of whiskey and eleven bottles of rum taken from the Cibao were destroyed in my presence and the presence of Prohibition Agent A.M. Beck and Assistant Collector of Customs S.F. Highsmith, at the request of the Prohibition agent." It should be noted that there wasn't any mention of what happened to the rum that was to go to the Bolivian Legation. Perhaps this was simply an oversight in W.H. Munter's statement.

Now there seems to be some dispute as to the exact location of the Cibao's grounding. One Coast Guard document has the freighter one and a half miles southeast of the Hatteras Inlet Station. Commander Littlefield had it two miles from shore. Then there is the Treasury Department memorandum that states: "The Cibao...now lies in an average of seven feet of water at low tide about 3/4 of a mile 100° from Hatteras Inlet station and is at least one mile from the four fathom line."

This brings us to the opening statement about its sinking.  For anyone now searching for the remains of the ship, they won't find them. On December 6 a wrecking tug Relief arrived in hopes of salvaging the freighter. However, due to poor weather conditions still continuing they were unsuccessful. However, the December 28 edition of the New York Maritime Register reported that the Cibao "was refloated on the morning of Dec. 24 and was towed to New York." According to Lloyd's Register, the Cibao continued its life as a freighter well into the 1930s.