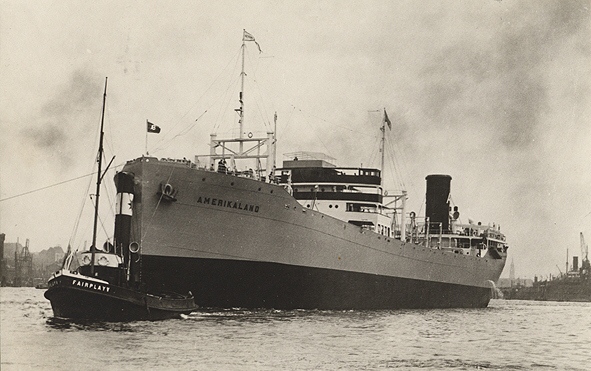 The Sinking of the Amerikaland:

The Sunday, February 8, 1942 edition of the New York Times reported on the sinking of the Amerikaland. The headline read, "Swedish Freighter I Sunk, But War on U-Boats Gains." According to their report, two u-boats were in on the sinking of the ship. At the time, it was their biggest ship sunk at 15,355-tons. The report came from the Navy Department. This was the fourteenth attack in American waters since Jan 14th of that year. The ship was hit on the starboard side amidships below the bridge by one torpedo from the German U-Boat, U-106 while steaming on course at 12 knots about 90 miles east of Virginia Beach.

Eleven survivors, all Scandinavians, were brought to New York Harbor on February 7 by a rescue vessel that picked them up 170 miles off Sandy Hook after spending four nights and three days in a lifeboat. During this time one of them died of exposure. Captain Schultz said that Erick Sodestrom, a 25-year old able-bodied seaman, succumbed to exposure and shock on Wednesday, February 4th. His companions covered his body and kept it in the lifeboat until the rescue vessel, a British seam merchant Port Halifax at 36°43N/72°23W picked them up. Sodestrom had been treated at the Swedish Hospital the summer before, after having been rescued after the torpedoing of another ship. During his stay in the hospital, he told attendants that he didn't want to go back to sea.  At the time of this article, it reported that two other lifeboats containing twenty-seven other officers and crew were feared lost. Captain Schultz expressed hope that the men in the two lifeboats, which were well stocked with rations and water, might not be lost. The ship at the time was under charter to an American company reportedly the Bethlehem Ore Company and was carrying ore at the time of its sinking.

Survivors all agreed that at least two, possibly three, torpedoes struck the ship. But due to the darkness and the confusion following the surprise attack, they weren't positive whether one or two submarines were involved. According to the captain, Ragnar Schutz, 54 years old, of Stockholm was one of the eleven survivors, the attack came at 7:40 PM. The ship was sinking after the second torpedo hit the ship and lifeboats were pulling away. The men in the captain's lifeboat were picked up that Friday, February 6 at 7:45 A.M. by an allied vessel.

Captain Schultz reported that he was preparing for bed and was caught completely undressed when the first torpedo hit. "But I was torpedoed once before in the last war and suffered worse than this," the short, stocky, ruddy-faced skipper, who had spent forty years at sea, declared, "I can take it!" He grabbed some clothing, including his overcoat and his sea cap, and ran to the deck, shouting for the radio operator to send out a call for help. However, the radio had been inoperable by the first torpedo. "Then I took charge on deck and saw to it that three of the four lifeboats were filled," he said. "We had plenty of crackers and corned beef and water in each boat. My boat still was circling the ship, looking for men who might be in the water, when the second torpedo hit. Later we saw the submarine come up, and we could make out that there were men on deck. From I could see, they were looking at the Amerikaland through glasses." Captain Schultz reported the submarine crew ignored the lifeboats.

Five of the survivors - Gosta Wladermar Ashberg, electrician; Gunnard Spant, chief steward; Dyre Petterson and Severre Stenbro, able-bodied seamen; and Olof Olfsson, second cook, all Swedish were well enough to go to the Hotel Bristol, 199 West 48th Street, after their arrival. The others, Captain Shultz, Alex William Herbert Anderson, 49, chief engineer; Alf Gyillerud, 33, third engineer; Frans Augus Carlsen, 54, assistant engineer; Haldan Ottisen, 30, able-bodied seaman, and George Gustafsson, 23, motorman, all Swedish except Ottisen, who was Norwegian, were taken to the Swedish Hospital, 1350 Bedford Avenue, Brooklyn. Byillerud, the third engineer, was the only man in the lifeboat who was unable to grab clothes before he left the ship. He was in his pajamas until some of the others lent him a raincoat and blanket.

Chief Steward Spant, 42 years old, told how the captain's lifeboat became separated from the other two boats. He reported that when the rescue vessel picked them up, they discovered that they were headed to open seas. Spant said the men in the lifeboat covered the body of their dead comrade and kept it until they were rescued. Officers in charge of the rescue ship let the body drift out to sea in the abandoned lifeboat. He also stated the weather conditions were bad like a "minor hurricane" and "very tough" on the first morning.

The other two boats were finally found. Three men in the boat of the chief officer also died of exposure before the other six occupants were picked up by the Dutch motor merchant Castor in 36°11N/72°35W on 7 February and landed at Willemstad, Curaçao on 13 February. The boat in charge of the second engineer almost swamped during the storm and the survivors had to bail it out constantly. The boatswain died of exposure in this lifeboat before its occupants were picked up after three days by the Brazilian steam merchant Taubate and taken to Recife, arriving on 22 February. Many of the survivors suffered from frostbite. 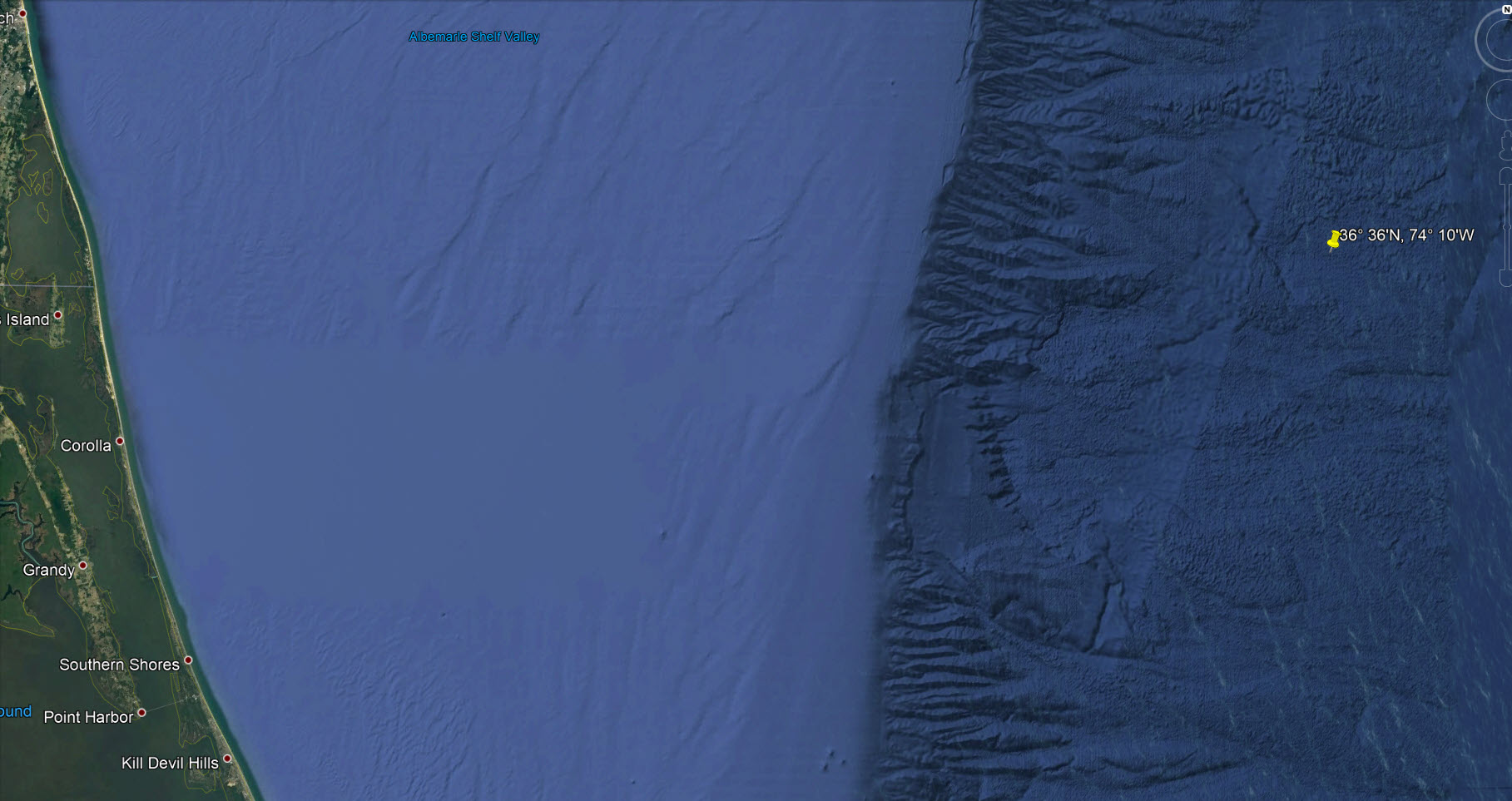