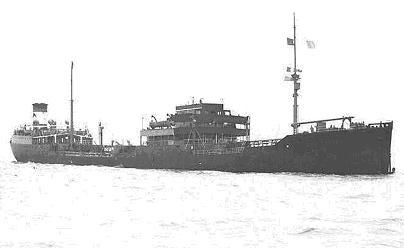 The Sinking of the San Delfino:

Prior to the war, the San Delfino made numerous trips from Mexico, through the Gulf of Mexico, up the East Coast, and then across the Atlantic to the United Kingdom. Since England had been at war for three years prior to the United States, the San Delfino had been well-armed to defend against U-boat attacks. The tanker carried one 4-inch gun, one 12lb. HA gun, four Marlin .30 caliber machine guns, two Hotchkiss.303 caliber machine guns, and a Lewis machine gun.

The tanker left Houston, Texas, and was headed to England, heading up the east coast to New York, Halifax, and then across the Atlantic with a convoy of ships. The tanker was carrying 11,000 tons of aviation gas and ammunition for the war effort.

In the meantime, since Germany declared war on the United States on December 11, 1942, Vizadmiral Karl Dönitz, a German U-boat commander, had planned a strategy to devastate any efforts to keep the allies supplied along the East coast route of the United States. He called his plan, Operation Paukenschlag (aka, Operation Drumbeat). In late December of 1941, five U-boats headed towards the East coast. Its first strike occurred on January 11, 1942. By early April of 1942,  this strategy continued with its fourth wave of U-boats, including U-203, which was commandeered by Kapitanleutnant Mutzleberg. The U-boat arrived off the East Coast after a fuel stop in the Azores.

According to which source is followed, various times are indicated when the San Delfino was attacked.  Monitor National Marine Sanctuary states that the date lost to be April 10, 1942. But in its description, indicates the early hours of April 9, 1942. In Gary Gentile's Shipwrecks of North Carolina: From the Diamond Shoals North, he indicates 10:00 PM on April 9, 1942. Finally, on uboat.net, they indicate at 3:47 AM on April 10, 1942, as the date of the attack.

Both Monitor National Marine Sanctuary and Gary Gentile agree it was one torpedo that sunk the tanker. However, uboat.net states that a second torpedo was fired at 3:51 AM and missed. They state that a third torpedo was launched at 5:08 AM was the torpedo that struck the fatal blow and sunk the San Delfino.

Apparently, when the tanker was hit it was along the starboard side near the #2 and #3 tank. The explosion sent the 11,000 tons of fuel aflame. A second explosion occurred shortly thereafter and it is thought to have been the ammunition that was aboard which created the second explosion. Captain Elbert Gumbleton immediately called for the crew to abandon the ship. Two lifeboats were lowered. Unfortunately, one of the lifeboats got caught in the current and was dragged to a pool of fuel. All men (24 crew members and four gunners)  aboard that lifeboat were burnt to death.

The second lifeboat was able to stay clear of the burning ship yet stayed near the burning tanker in hopes that another ship the blaze would bring help. According to Gary Gentile's book, six miles away a fishing trawler, Two Sisters heard the explosion and spotted the flames which rose a hundred feet into the air. The captain of the trawler, Cornelius Sanders, radioed into the Coast Guard of the attack and quickly headed towards the disaster. He picked up the remaining twenty-one crew members in the second lifeboat. Many of the men were suffering from burns and injuries.

Other sources indicate that the surviving members were rescued by the HMS Norwich City and were taken to Morehead City, North Carolina. 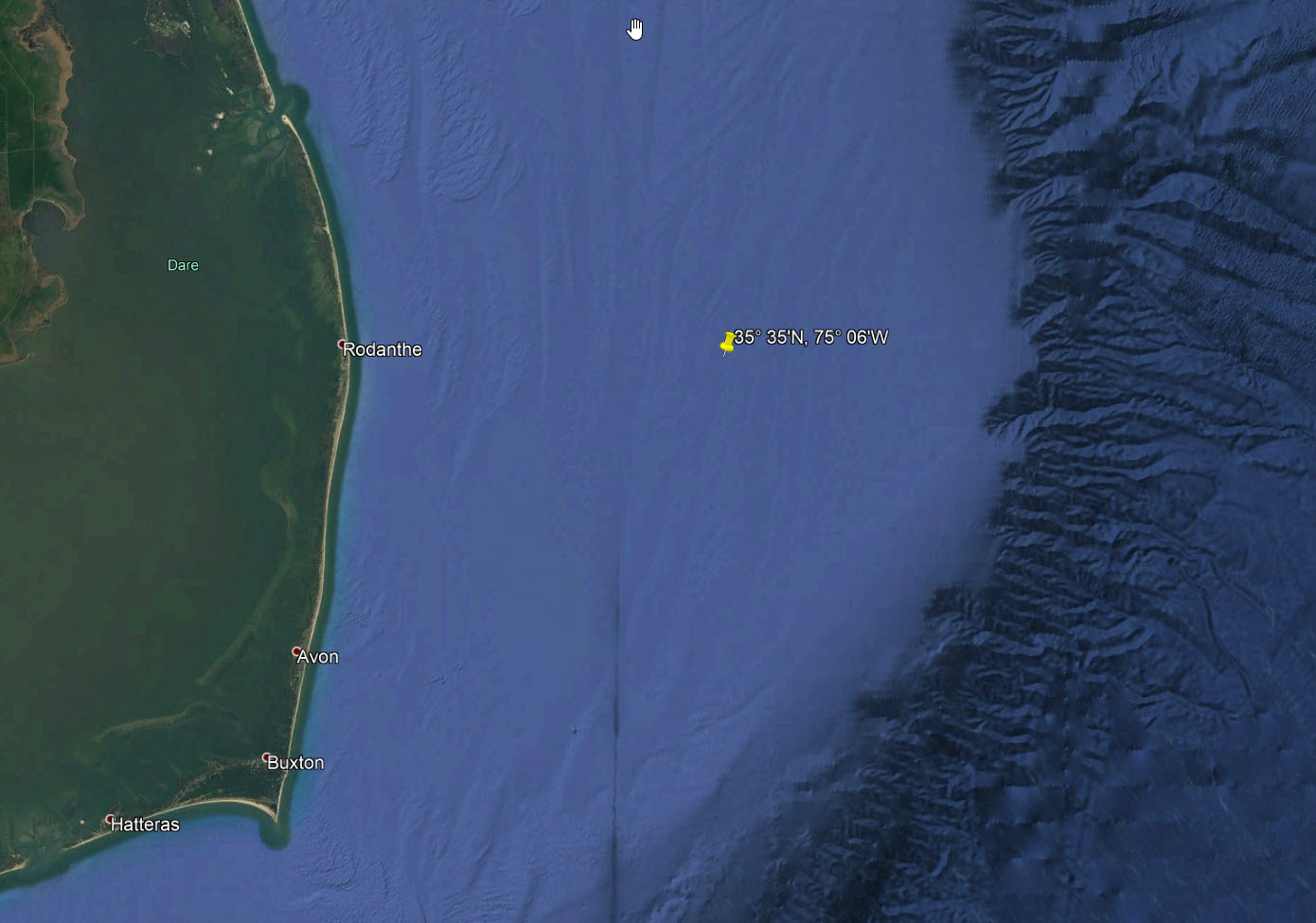