The Sinking of the Louise Howard:

There seem to be some discrepancies as to the date of Louise Howard sinking. Some state that the date is April 14, 1921, while others contend that her seeking occurred on August 14, 1921. The schooner is described as a fishing schooner that departed from New York and went aground in a half a gale off Beaufort Bar. At the time the schooner was fishing for sharks. According to an article from The Independent out of Elizabeth City on December 9, 1921, reported that they were hunting sharks using dynamite. The boats were to patrol the sea looking for schools of sharks and dynamite the entire school at one operation. "The dynamite was shipped from the East to Moorehead City on the trim little schooner Louise Howard" according to The Independent. The New York Times article dated August 15, 1921, indicated that the schooner carried nearly a ton of dynamite. The articles indicated that the dynamite was lost and fortunately didn't explode. Also, the entire crew of ten men was rescued by the Coast Guard. The schooner was valued at $55,000. 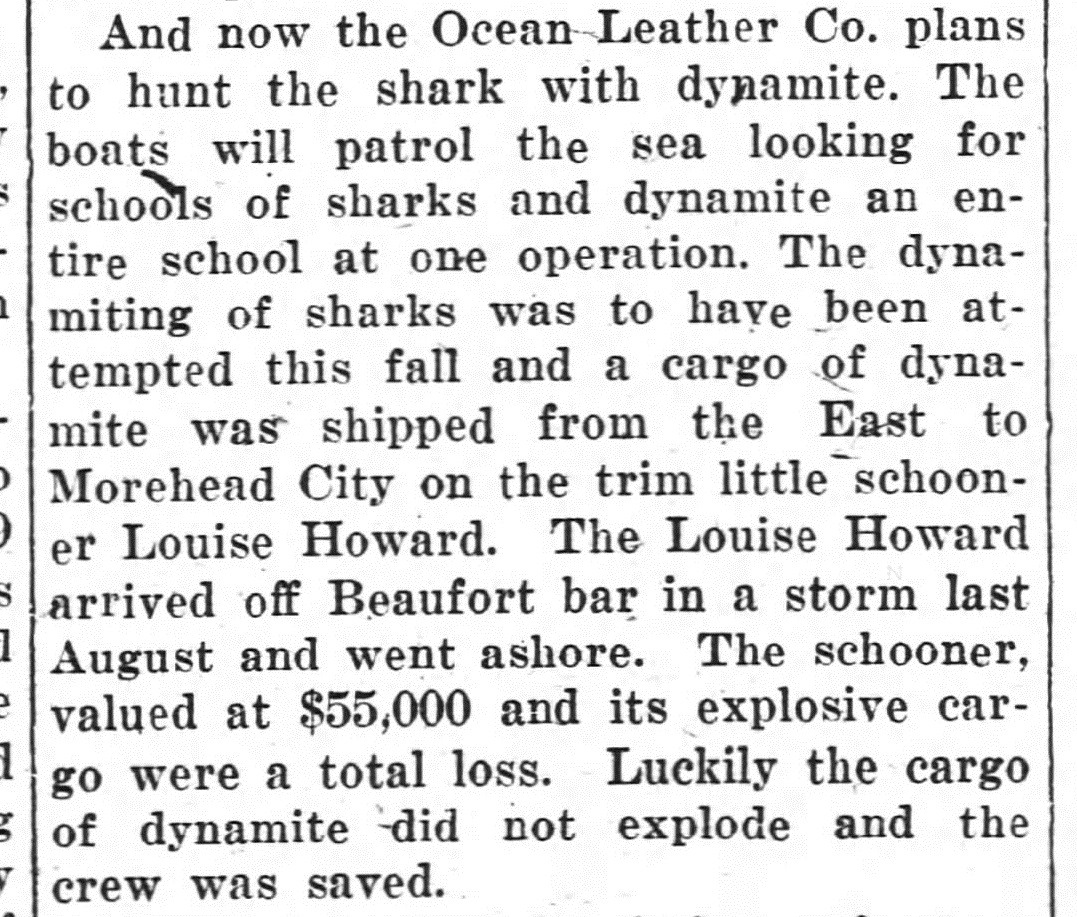 Article from The Independent dated December 9, 1921

Here is the location of the sinking: Off Ft. Macon and Beaufort Bar 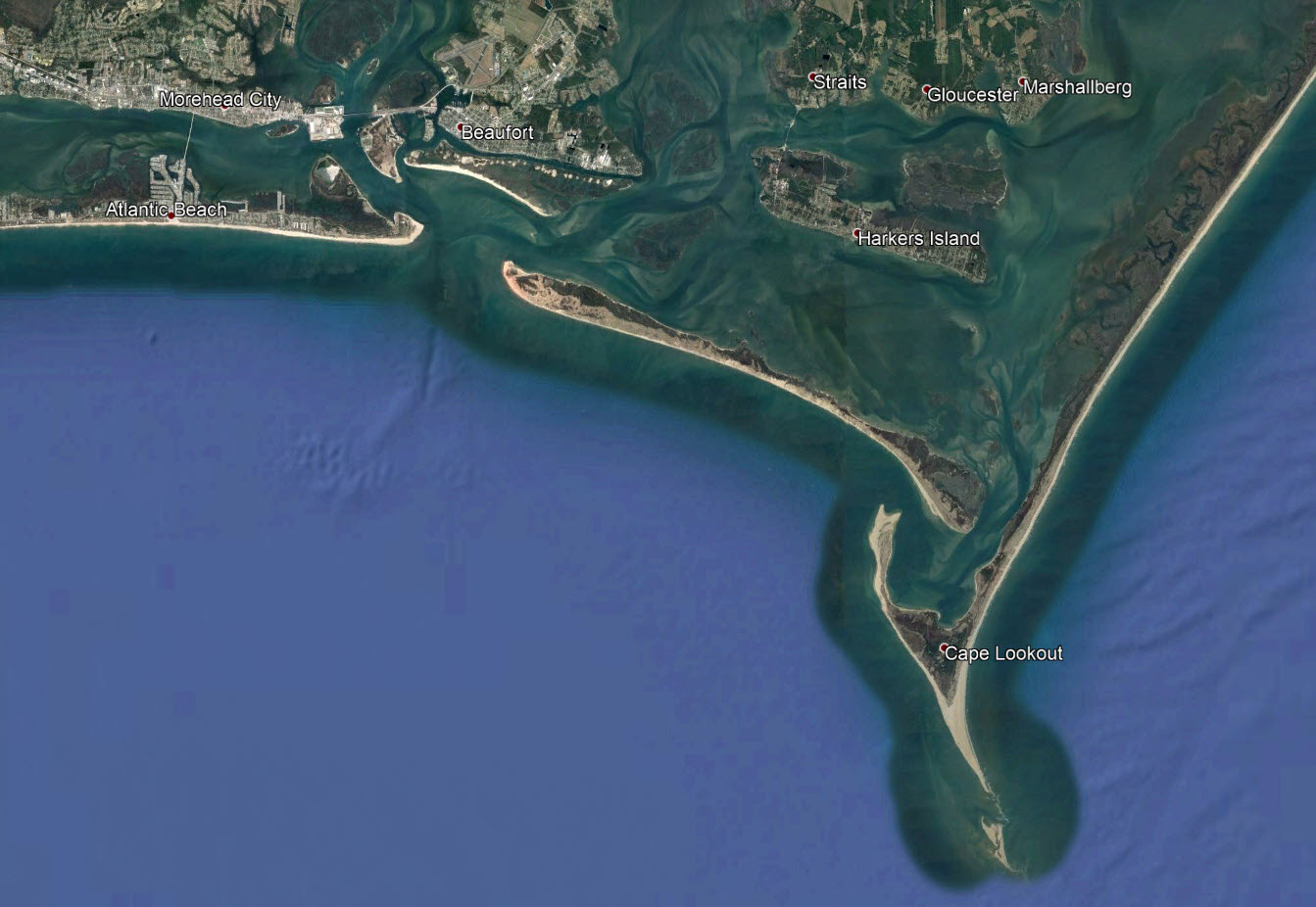