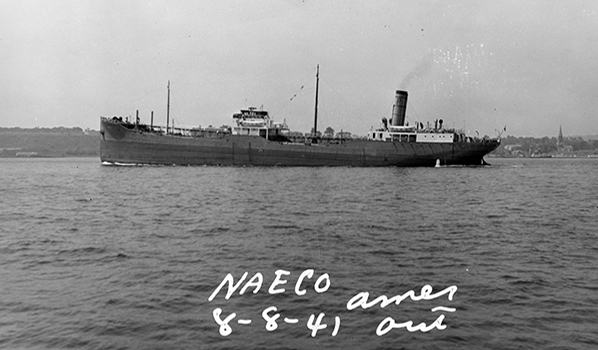 The Sinking of the Naeco:

The Naeco was built in 1918 during World War I. It was originally named Charle M. Everest and was under the control of the U.S. Shipping Board. In 1919, it was purchased by the Socony-Vacuum Oil Company. Finally, in 1933, the ship was sold and renamed the Naeco by Charles Kutz & Company. The tanker transported fuel oil, kerosene, and gasoline from Texas to the East Coast.

In late March 1942, the Naeco left Houston, Texas with a load of kerosene and #2 fuel oil headed to Seawarren, New Jersey. Captain Emil H. Engelbrecht wanted to make sure the ship arrived off the coast of North Carolina, particularly off Cape Hatteras, during the early morning hours. On March 23, 1942, thinking traveling at that time would be best, little did the captain know was they were already being tracked by German U-boat U-124 under the command of Korvettenkapitän Erich Mohr. From the time the Naeco passed 65 miles southeast of Cape Lookout, U-124 had the Naeco as a target. The U-124 had already sunk the Papoose, the W.E. Hutton, and the E.M. Clark just five days earlier and damaged the Esso Nashville two days later.

Apparently, the first torpedo the U-124 launched either missed its target or was a dud. The U-124 fired a second torpedo into the starboard side of the Naeco just forward the amidships. The hit set off an explosion that set the fuel oil on fire and shortly thereafter the entire ship forward of amidships was burning. All crew members, who were forward when the torpedo hit, were killed. The captain died in the burning inferno in the midship house. All of the lifeboats forward were destroyed in the blast. One of the lifeboats with two members was swept into flames by the winds and they were found burned to death. Fortunately, lifeboat #3 on the port side and lifeboat #4 on the starboard side were not damaged. They were able to be lowered after the torpedo hit the ship. Lifeboat #4 was in trouble right away. Because the ship was still moving, the four crewmen were in the water swimming for their lives. One man was able to swim back and climb back aboard the Naeco. One crewman found a small raft nearby and was able to climb aboard it. The other two men from Lifeboat #4 continued to swim unaware of the others that had climbed aboard Lifeboat #4. The U.S. Coast Guard ship, Dione, picked up the 10 survivors in Lifeboat #3 four hours after the attack. They were also able to rescue the two men swimming away from Lifeboat #4. The USS Umpqua picked up the seaman who had returned to the ship. The USS Osprey rescued the fourth survivor from the life raft. All survivors, including three wounded, were landed at Morehead City, North Carolina.

The Naeco remained floating on the surface for about another hour before she broke into two sections and sank. The bow was the first to sink. The stern continued to float and burn but eventually sunk a little while later. The two pieces sank approximately two miles apart from each other. 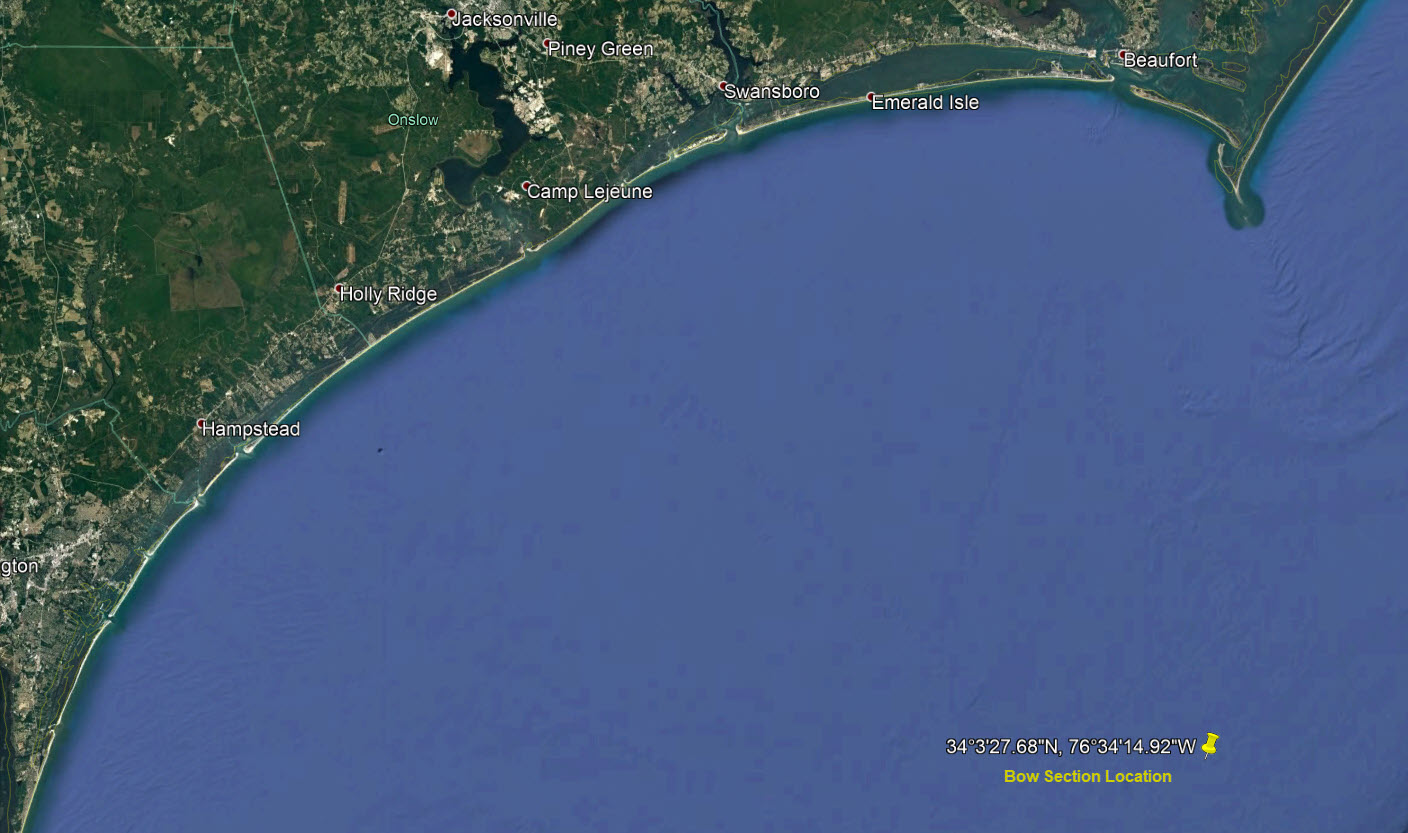 Photos of the Naeco: