The Sinking of the Gracie D. Chambers:

In researching for information on the sinking of the Gracie D. Chambers, two newspaper articles were found. An article appeared in the Boston Globe on February 15, 1919, which indicated the American schooner Grace D. Chambers left Newport News headed to Santo Domingo with a cargo of coal that had sunk off Currituck Beach on the North Carolina coast. The crew was rescued by lifeguards.

The Wilmington Morning Star on February 14 indicated that the schooner sunk at 8:00 AM that day. It indicated the lifeguards of Currituck rescued the crew the night of February 13. It indicated that the schooner was hit by "a moderate storm" and sprung a leak and water in the hold steadily increased despite the constant operation of the pumps. The captain in the late afternoon hoisted signals of distress at which time the lifeguards launching surf boats to remove the crew.

Here is the location of the sinking: Somewhere off Currituck Beach 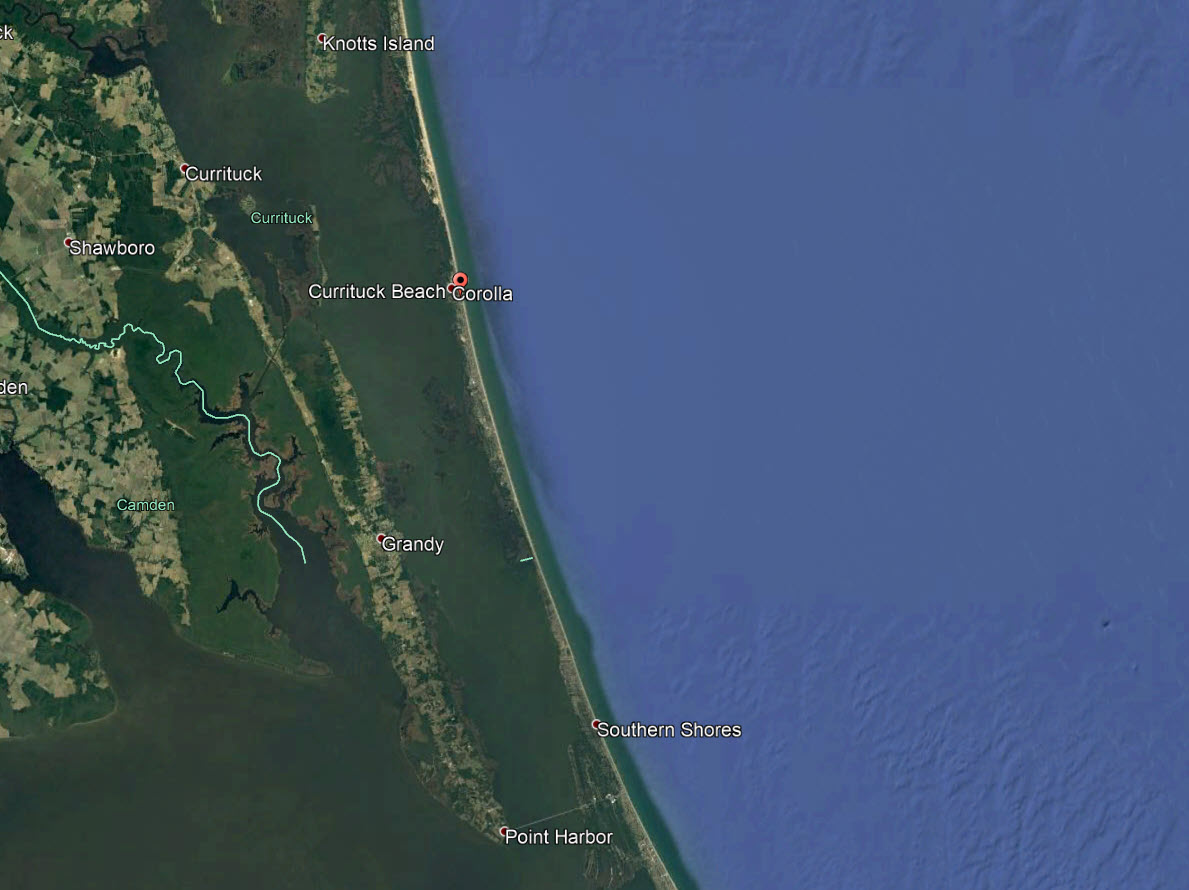