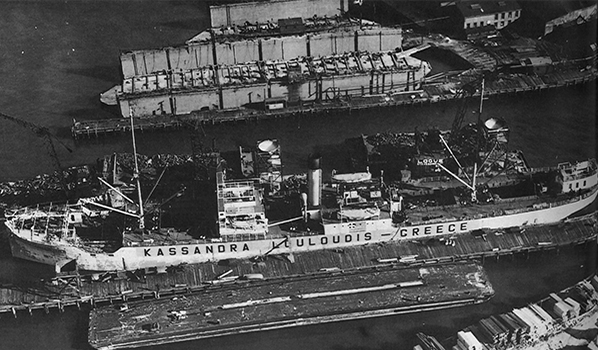 The Sinking of the Kassandra Louloudis:

Originally launched as the British War Lurcher, in October 1919 and was completed as Dutch Bondowos for NV Rotterdamshe Lloyd, Rotterdam. In 1936ut was sold to Greece and renamed Kassandra Louloudis and owned by Goulandris Brothers. On January 20, 1941, an article appeared in the New York Times entitled, "Greek Ship to Be Blessed." In the article, it states that Archbishop Athenagoras, representing the Greek Orthodox Church in the United States will bless the Greek "mercy ship". At the time it was preparing to sail that week for Athens with $1,176,000 worth of American Red Cross supplies at 3:00 (Jan. 20) at the foot of Thirty-second Street in Bayonne, NJ. Red Cross volunteers in uniform and members of the New York Greek community in native dress were to take part in the ceremony. Speakers were to include General Robert C. Davis, executive director of the New York Red Cross Chapter, and Spyros Skouras, head of the Greek War Relief Association. The Kassandra Louloudis was to carry 17,500,000 pounds of Red Cross supplies and 40,000 pounds of blankets, clothing, and bandages contributed by the Greek War Relief Association.

In searching for information on the Kassandra Louloudis between that date and March of 1942, I was unable to find anything. On March 15, 1942, the ship left New York to head to Cristobal, Panama. Her cargo included: chain and hoist parts, monkey wrenches, pipe fittings, assorted hardware, conduit, turnbuckles, tires, cash registers, pneumatic tools and parts, brass rods, soap, a steel safe, and nine hundred rolls of roofing mat. By the evening of March 17, the freighter was ten miles east of the Diamond Shoals in thick fog. At 5:50 PM, the sound of an SOS from the tanker Acme could be heard over the radio. The Acme had been torpedoed and a third of the crew had been killed.. Other members had been seriously wounded. Navy planes began to drop depth charges as the Coast Guard cutter Dione raced to the scene.

Due to the quick actions of the Navy and Coast Guard, Captain Themis Millas made the assumption that the German U-boat must have retreated. So the captain changed course and decided to take the course that other merchant ships had followed. Ignoring his routing instructions, the captain steered a zigzag pattern past the Diamond Shoals Buoy on the port hand, staying close to the buoy. An hour later, still within sight of the buoy, he saw the Acme and its lifeboats full of men. the Dione was already taking on the rescued crewmen.

According to Captain Millas, "Two freighters were coming up behind me about two to three miles away and one freighter was coming toward me, all passing through the Shoals...I saw one destroyer on my port hand about two miles distant, also the Coast Guard boat." So judging from his report, it appeared that there was a lot of traffic in the area of the Shoals. Seeing that all seemed under control, as far as the rescue was concerned, the captain saw no need to stick around. So he continued west in order to stay close to land and be as safe as possible. The Kassandra Louloudis maintained a zigzag pattern at 10 knots, as the ship passed about three miles from the buoy maintaining a westward course. As he passed this point, suddenly a periscope suddenly came into view approximately one hundred yards off the port side. At the same time the periscope appeared, the captain saw the torpedo heading towards the ship.

The captain immediately screamed out for the ship to turn hard starboard. As the ship turned right the torpedo passed twenty feet in front of the bow. Before they were even able to think that they were out of danger, they were quick to discover a second torpedo was heading their way. Before the gun crew was able to set the two Italian machine guns, an explosion on the port side forward just below the water line between the No. 2 hold and the bunker hatch. The German U-boat U-124 had hit its target.

The engines were still operational, but useless since the steering gear was knocked out. Radio Operator Eleftheriadis sent an SOS on an emergency antenna by hand-cranking a backup generator. Seawater poured into the huge hole in the hull and the ship began to list at forty degrees. The facts were clear, the ship wouldn't last. The crew made plans to abandon the ship. The engines were shut down and the lifeboats were launched. Fortunately, all thirty-five men were able to escape uninjured. This was a miracle in some ways based on the encounters other ships had in that area during the month of March. The Dione, who previously rescued men off the Acme, appeared in the distance through the mist. The Dione took all the survivors from both ships to Norfolk, Virginia. The Acme actually survived the attack, It was towed into port, repaired, and put back into service. 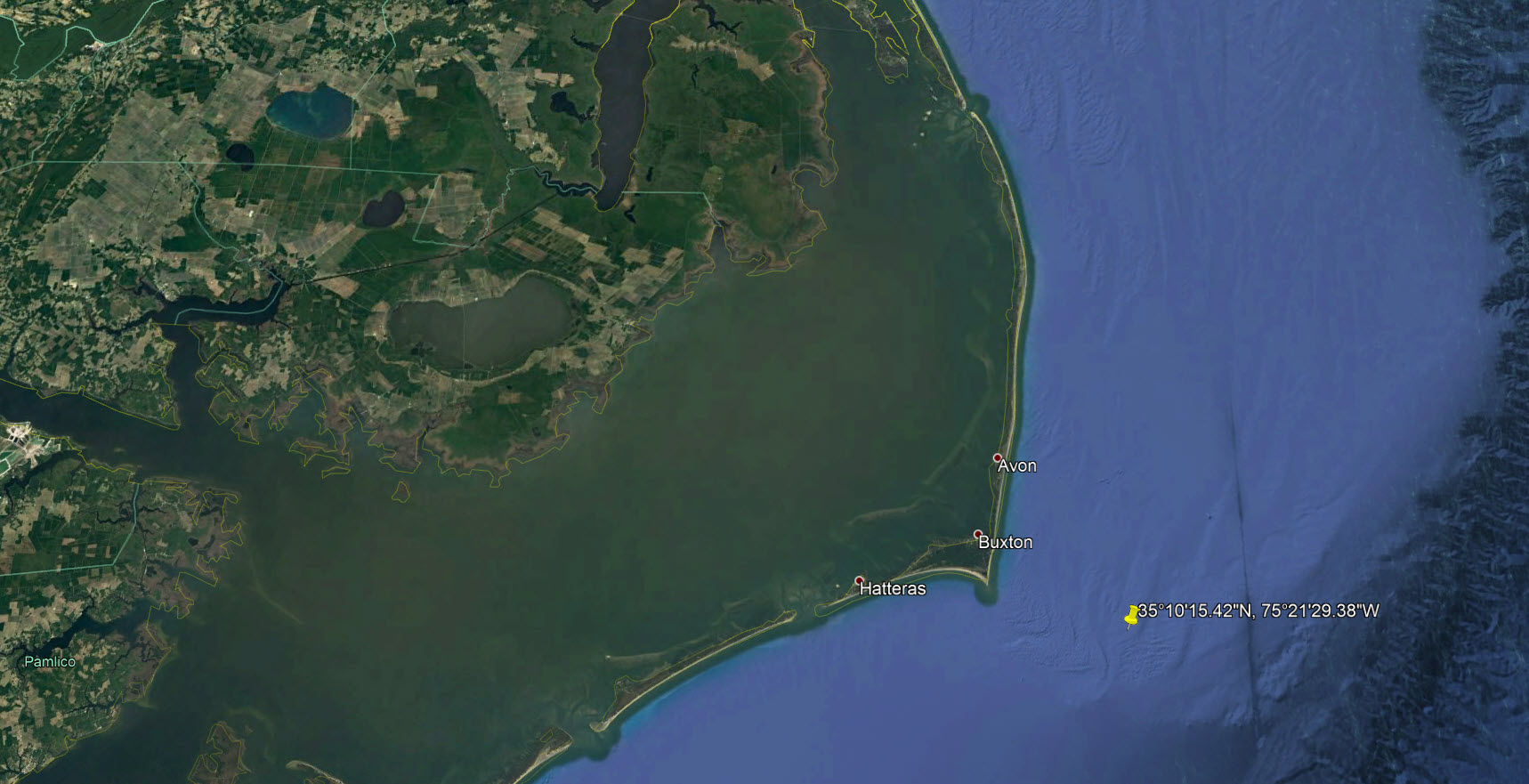 Photos of the Kassandra Louloudis: