The Sinking of the Tamaulipas:

The tanker was originally called the Hugoton. It was owned by Mallory & Company of New York, NY. In 1941, the ship was sold to the Mexican Trading and Shipping Company and renamed the Tamaulipas. The Tamaulipas was named after a state that sits on the Gulf of Mexico coast (see map below). The tanker would deliver petroleum products from Tampico to refineries in the United States.

The tanker operated out of Wilmington, Delaware, and would deliver fuel oil between Tampico and New York. On this particular delivery, the tanker left Tampico on April 2, 1942, with 10,200 tons of oil and headed to New York. Under the command of Captain Allan Falkenberg, the unarmed tanker sailed without any escort and no instructions on what route to follow. It was left up to the captain to determine its course and take whatever precautions he felt necessary to avoid any U-boat attacks.

The tanker approached Cape Lookout on the evening of April 9. At 10:00 PM,  a lookout reported that a torpedo had just crossed the tanker's wake. Though they were skeptical of his report, the captain ordered the Tamaulipas to begin a zigzag course as a precaution. So the helmsman would steer the tanker from 20° left of the course to 20° right. Then another crewman reported hearing the sound of a motor astern. The captain then ordered the tanker to make an immediate 50° turn to starboard. Captain Falkenberg hoped that with this maneuver, the tanker would become a more difficult target. After giving the order, the captain went into the radio shack to check if there were any communications between other ships in the area perhaps reporting any activity. The airwaves were silent.

The midnight lookout had just come on duty and twenty minutes later there was a horrific blast on the starboard side abaft the amidships house, in #5 tank. The explosion and fire tore the Tamaulipas in half. The attacking U-boat, U-552, had just recently successfully sunk the tanker, Atlas. It now had hit its second victim. Within five minutes of the attack, the captain knew the ship was in grave danger and ordered the crew to abandon the ship. Already, two men, Third Mate Lloyd Crampton and Boatswain Harry Ritner who were on the bridge were killed.

The men who escaped in the #1 and #3 lifeboats were able to move away far enough away from the burning ship and oil surrounding the ship. After an hour and a half, the surviving 35 crew members were rescued by the HMS Norwich City, who had previously rescued the crew from the Atlas. The crews from both tankers were taken to Morehead City, North Carolina. 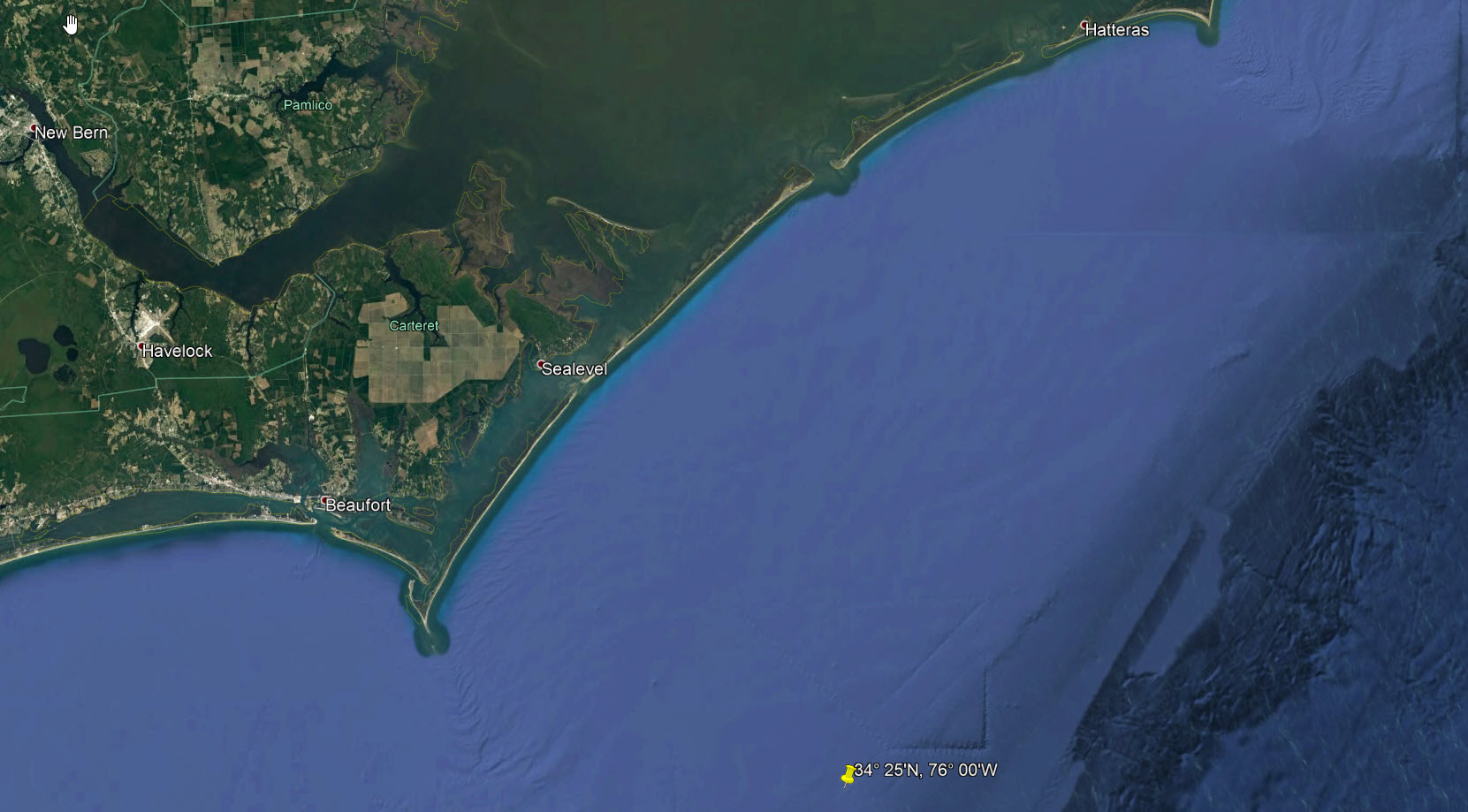