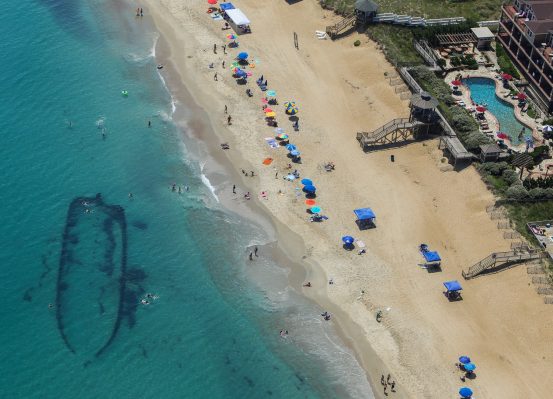 Irma Shipwreck from above. Photo courtesy of  Coastal Shots Photography.

The Sinking of the Irma:

At the time of her sinking, Irma was headed south to Georgia with a load of pine wood. Apparently making good time, Irma ran into a storm off the Virginia Capes on the night of April 28, 1925. Even though many ships were steam-powered, Irma was a three-masted schooner transporting cargo up and down the East Coast. The schooner hadn't sunk but actually ran aground and at the time remained intact.

At one point, the schooner was used by locals as a makeshift dance hall.

The sinking of the Irma in 1925 was a popular tourist attraction to visitors to the Outer Banks. It initially was part of the beachfront for the first six years until a storm in 1931 began to tear the ship apart.  The ship was beached in front of the Croatan Inn, which later became Quagmires before it was torn down in 2006 to make way for condos. I suppose this ship has a special meaning to me in that having gone to Quamires while on vacation in the Outer Banks. At the time, it was the only ocean-front restaurant that I knew of. Later, I would discover Fish Heads Bar & Grill (MP 18.5), which became one of my favorite places in South Nags Head. However, that is a story for another day.

The Irma was certainly a tourist attraction, at least she was according to a young David Stick writing for the Dare County Times in June of 1938.“Since the first tourists drove over Dare County’s Ocean Highway the wreck of the Irma has been a favorite stopping place for visitors. With her stern rising up high on the beach and what remains of her bow dipping into the successive breakers she made a picture that seemed to coincide with her surroundings,” he wrote. As an added note David Stick wrote, Graveyard of the Atlantic: Shipwrecks of the North Carolina Coast in 1952.

During Hurricane Sandy from October 22 to November 2, 2012, part of Irma washed ashore in Nags Head. An article in The Outer Bank Voice (Nov. 14, 2012) stated: "Assistant State Archaeologist Nathan Henry said Tuesday the bow fragment, believed to be part of the Irma Schooner that ran aground in 1925, will stay for now where the ocean tossed it on the Bonnet Street beach." Apparently, the wreckage has come ashore a number of times.

The ship's wheel is now on display at Outer Banks Distilling in Manteo, North Carolina. 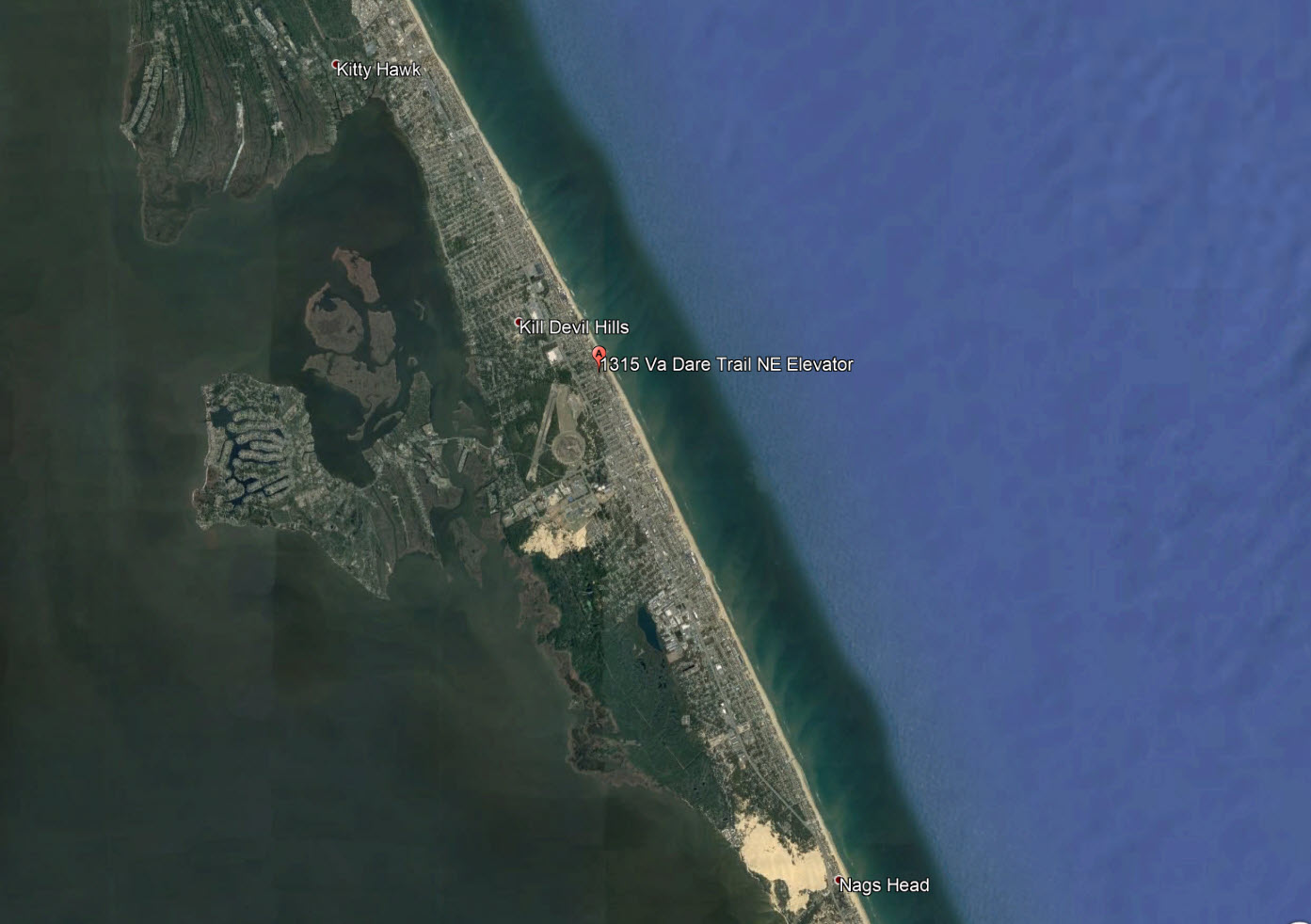 A partial listing of the surviving crew: Total Crew Lost: 0  Survivors: All