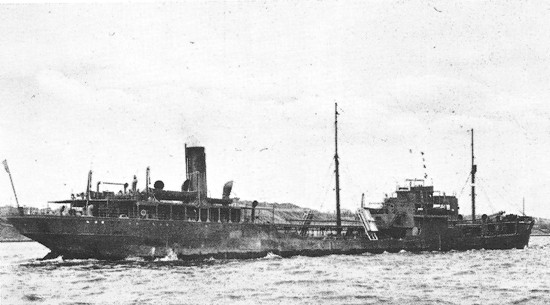 The Sinking of the W.E. Hutton:

As has been mentioned about other ships that sunk off the coast of the Outer Banks, March 1942 was the one month where many ships were sunk by German U-boats. Needless to say, ships sailing along the coast were cautious as they sailed both north to south, as well as south to north. In mid-March of 1942, the W.E. Hutton was heading from Smith's Bluff, Texas heading to Marcus Hook, Pennsylvania carrying 65,000 barrels of #2 heating oil.

The W.E. Hutton headed across the Gulf of Mexico, through the Florida Straits, and then north up the east coast. Due to the numerous attacks along the coast, Captain Flaathen maintained regular watches and a sharp lookout. As with other ships, it maintained a close course near the shoreline following the navigational buoys along the way. The ship was also ordered to turn off the running lights and black-out covers were sealed tight against their gaskets once the sun had set. By late night on March 18th, the tanker had reached a point about 20 miles south of Cape Lookout when the ship was noticed by U-124 commandeered by Krvettenkapitän Johann Mohr.

Now there are some reports of the attack accord on March 18, others report March 19. One Able Bodied Seaman James Cosgrove spotted the torpedo a split second before it hit the ship's stern. The explosion buckled the bow, flooding the fore-peak tanks, took out the anchors, and started a fire that only lasted a few seconds. The ship listed to the starboard but slowed down only slightly. The time was reported to be 10:00 P.M. The radio operator began to send an SOS, followed by a series of SSS's, which indicated a submarine attack.

Even though they suffered a direct hit it still remained afloat. The crew was on deck and began to lower the lifeboats about three-fourths of the way down the side of the ship. At that point, the ship was traveling too quickly to launch the lifeboats and it was decided that the ship would head closer to the shore rather than abandon ship. However, the ship couldn't outrun the u-boat. Eight minutes after the first hit another torpedo struck the tanker on the port side amidships, in way of #3 tank, and caught fire. The fire began to burn quickly.

A report indicated that the pilothouse was overturned as just aft of the bridge decks were ripped open and buckled, the third mate, Constantine Peter Stordach, and an unknown member of the crew were killed by the second explosion. Captain Flaathen was cut by shattered glass and had a concussion. The Able Bodied Seaman, Cosgrove who spotted the first torpedo, sustained a fractured eardrum and severe bruises when thrown from atop the pilothouse to the main deck. By that time, the ship and cargo were ablaze followed by the amidships section becoming a raging inferno with blazing oil flowing down all the alleyways.

Even though no order was given to abandon the ship, men began to leap overboard to escape the flames. Many men drowned in their attempt to save themselves. There was a great deal of chaos once the fires began to rage and the ability to communicate was nearly impossible. Captain Flaathen helped lower one lifeboat, then cut away a raft. On another section of the boat, another lifeboat and raft were launched after the second explosion. A third lifeboat capsized numerous times when crewmembers attempted to climb aboard and finally smashed against the ship.

Captain Flaathen stated, "I was covered with oil, and the vessel was surrounded with fire and smoke of the burning oil and superstructure...I saw a lift raft being launched from the after deck, which contained the wireless operator and the seamen who were assisting me. They advised me that all men were off the boat, so I jumped in the water and swam to the raft." He went on to state, "We drifted on the raft and watched the vessel burning. She was down by the head with her stern sticking out of the water. After about 45 minutes when were about one-quarter of a mile from the vessel, the fire seemed to be extinguished suddenly, and we lost sight of the vessel in the darkness."

Jorgen Bauner later testified that " we heard four or five members yelling for help...but none could be located."

There in the darkness of the night, twenty-three crew members (four in each raft, three in one lifeboat, and twelve in another) floated in together in close proximity of each other. As daylight began to appear the next morning they all gathered in one lifeboat and began to row towards land. After a few hours, they were found by the Britsh ship, Port Halifax, and were taken aboard. Thirteen men never made it and were lost forever.

But the saga of the W.E. Hutton wasn't over quite yet. A ship this large laying in such shallow waters was a navigational hazard. This became evident when on March 26, 1943, the Suloide crashed into the Hutton's sunken hull and sank. As a result of this, the Coast Guard cutter Vigilant anchored near the site and the Navy Salvage Service began blasting down the hull and superstructure.  By the fall, it was reported that the least depth of the wreck was at least 40 feet deep. However, the operation continued on and off until January 11, 1944. By that time over thirty tons of dynamite had been used in the demolition. Because there was still doubt about its depth, a wire drag party of the U.S. Coast Guard and Geodetic Survey visited the wreck on February 3, 1944, and determined the least depth to be forty-one feet.

An August 7, 2014 article in the Raleigh News & Observer, reported the Coast Guard received a call from a fishing boat reporting a small amount of oil leaking on the surface of the ocean 35 miles southeast of Cape Lookout. The leak was coming from the W.E. Hutton. Six days after the call, the leak was plugged by the Atlantic Coast Marine Group, a marine salvage and environmental services company hired by the Coast Guard. Lee Sykes, president, and owner of Atlantic Coast Marine Group said divers traced the leak to the ship’s hold near the stern.
The ship rests 140 feet beneath the ocean’s surface. Because of the depth and the nature of the pollution, Atlantic Coast Marine used seven dive teams, allotting divers only 20 minutes at the shipwreck at a time. The oil was leaking from a hole the size of an index finger. The structure was sound enough to place an epoxy, a liquid adhesive that hardens, to cover the hole on July 21. The epoxy is likely only a temporary solution. 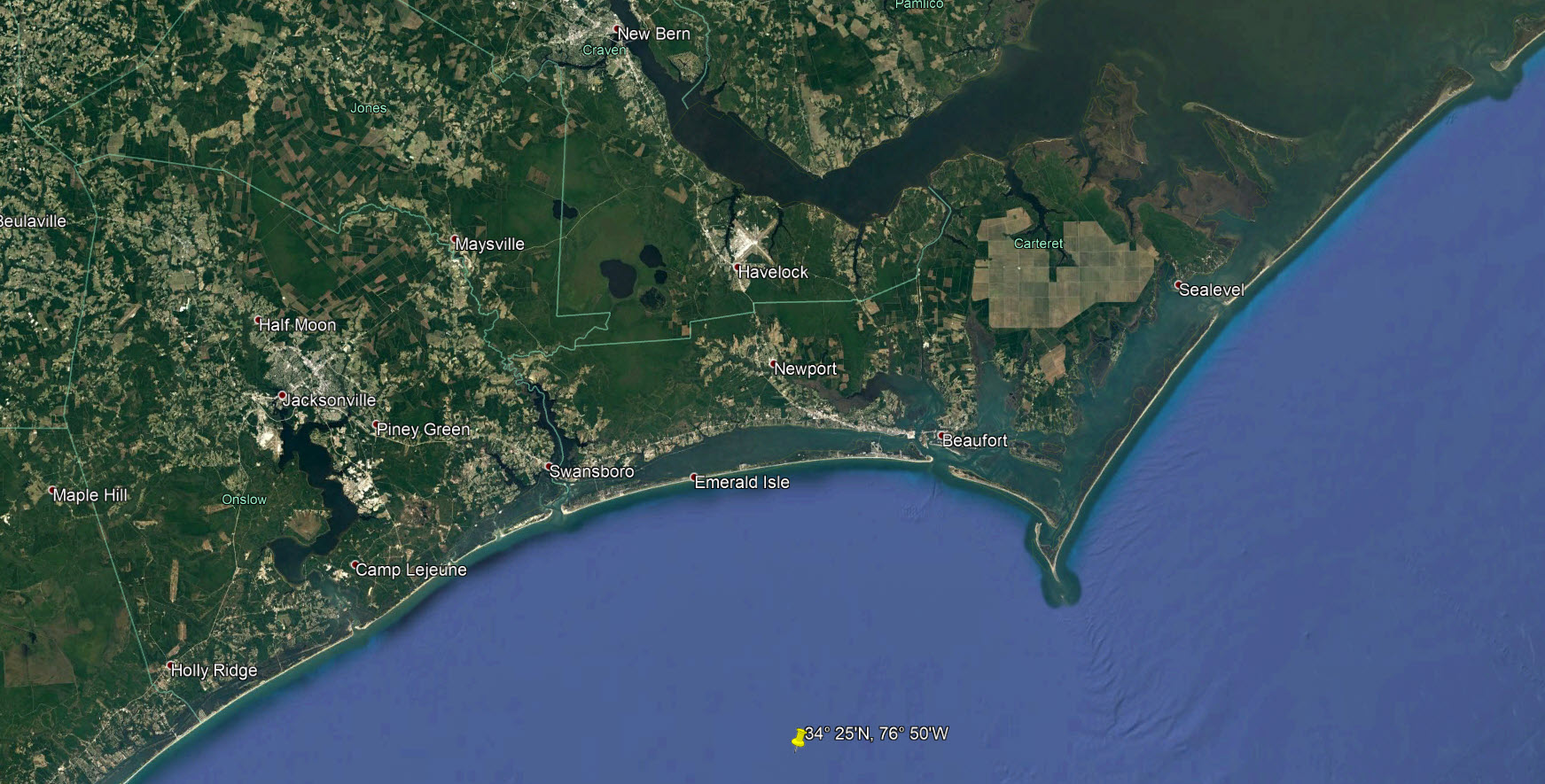 Photos of the W.E. Hutton: