The Sinking of the Momi T. :

In researching for information on the sinking of the Momi T., one newspaper article was found. An article appeared in the Baltimore Sun on January 28, 1920, which indicated the four-masted schooner Momi T., went ashore during a gale and snowstorm. It indicated that Momi T. was "a total wreck and fast going to pieces just south of Currituck Inlet". The crew and one woman on board were rescued by the Coast Guard. The wrecking tug, Rescue, left Norfolk on the afternoon of January 27 to aid the schooner. But at the time of the article, no additional information regarding the rescue was known.

It reported that Momi T. was a 475-ton schooner that put in at Philadelphia on December 17 for repairs due to it leaking badly. She received repairs there and was heading southbound. Apparently, her last port prior to Philadelphia was Port-de- Paix, Hati.

Here is the location of the sinking: Somewhere off Currituck Inlet 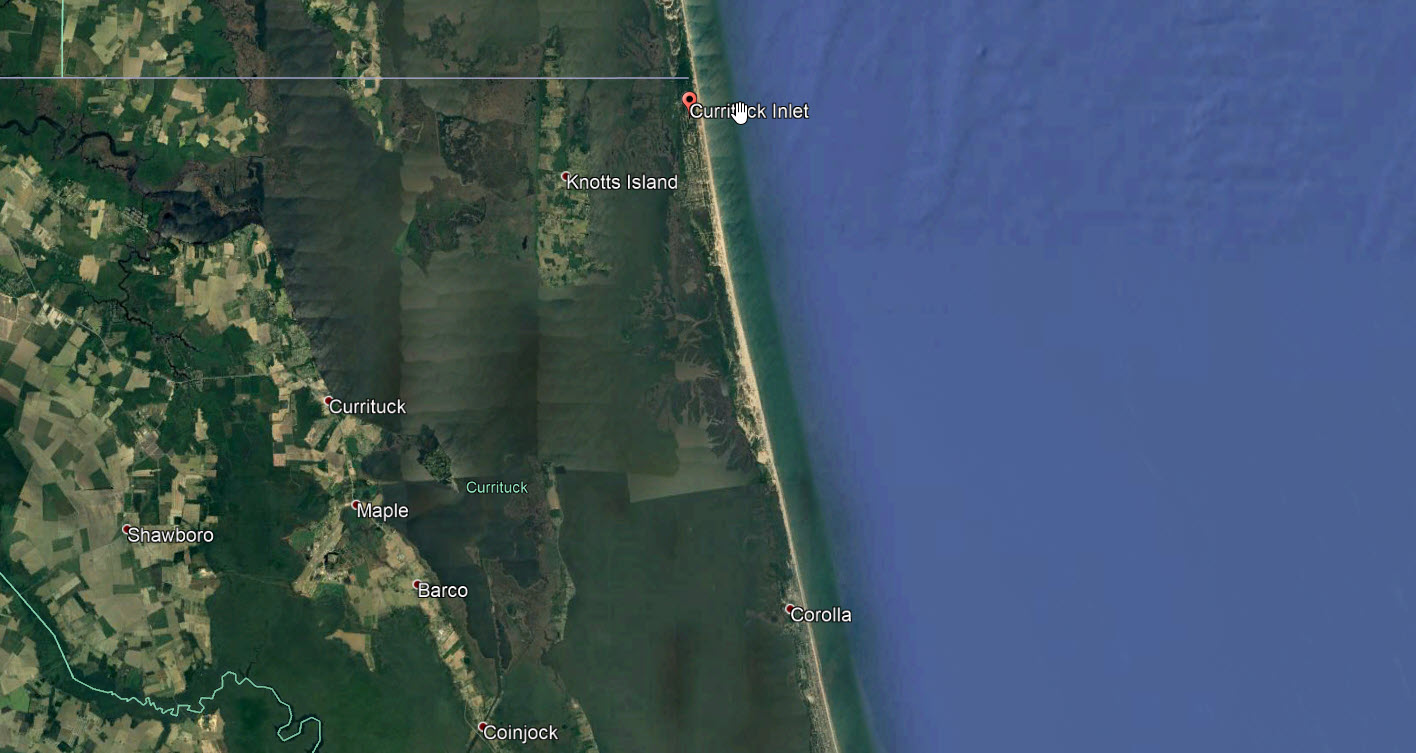